What kind of EVE: Valkyrie pilot are you? 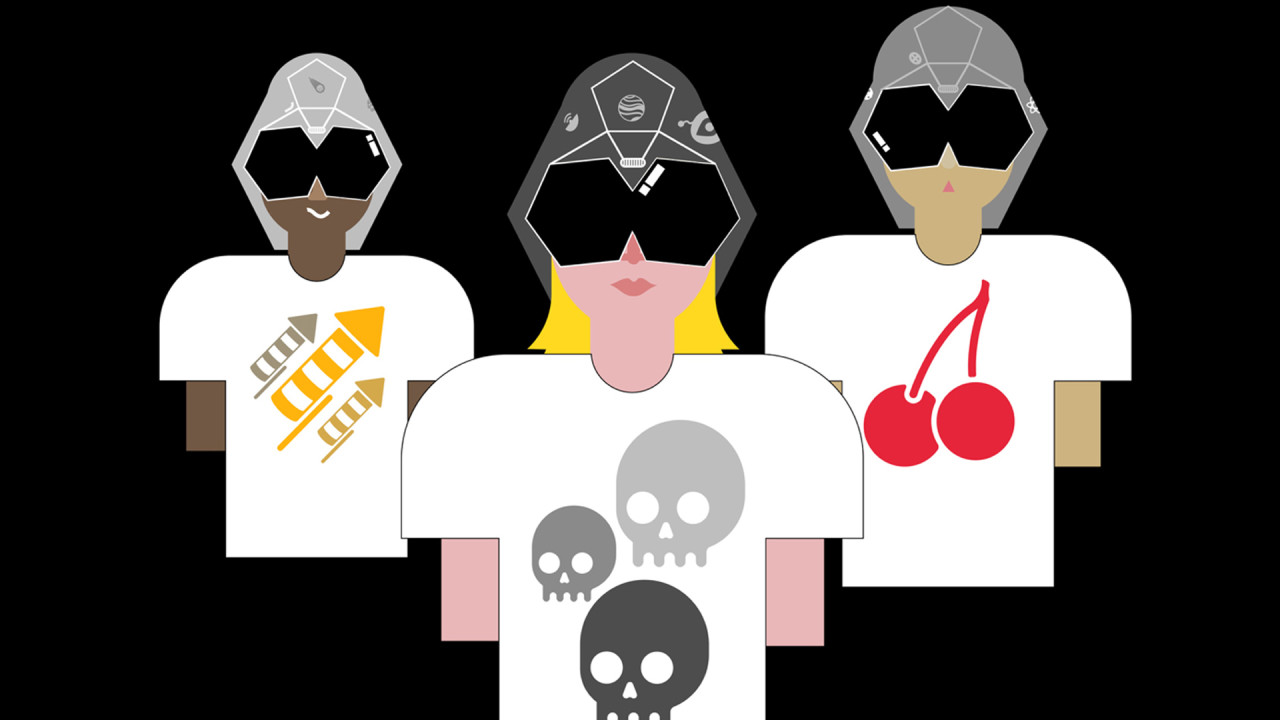 EVE: Valkyrie is an exhilarating and immersive space combat experience and for many, it’s a brain-scrambling, helter-skelter of yo-yo-ing star fields and screaming lasers. Pilots must have a real will-to-win to find success. You’ve got to exhibit rapid reflexes and a fearless do-or-die mentality. Have you got all that? Success! You’ve won a game. Or have you? Does the odd victory make you a good pilot? If not, what does it take to be a truly great pilot?

Putting to one side speedy shooting and smart barrel-rolling, we think there’s something else at play here. Anyone can read a tutorial or watch a how-to video, but developing a personal style, an aerial signature if you will, is the true path to greatness. A bit of personal finesse, personality piloting; the kind of approach to piloting that stands out amongst the merely good, that is your ultimate goal.

But how do you develop such a talent? Look to the stars of course. Movie stars to be precise. From Han Solo to Top Gun’s Maverick, film’s finest fliers offer superb inspiration for pilots looking to inject a spot of charm into their combat. 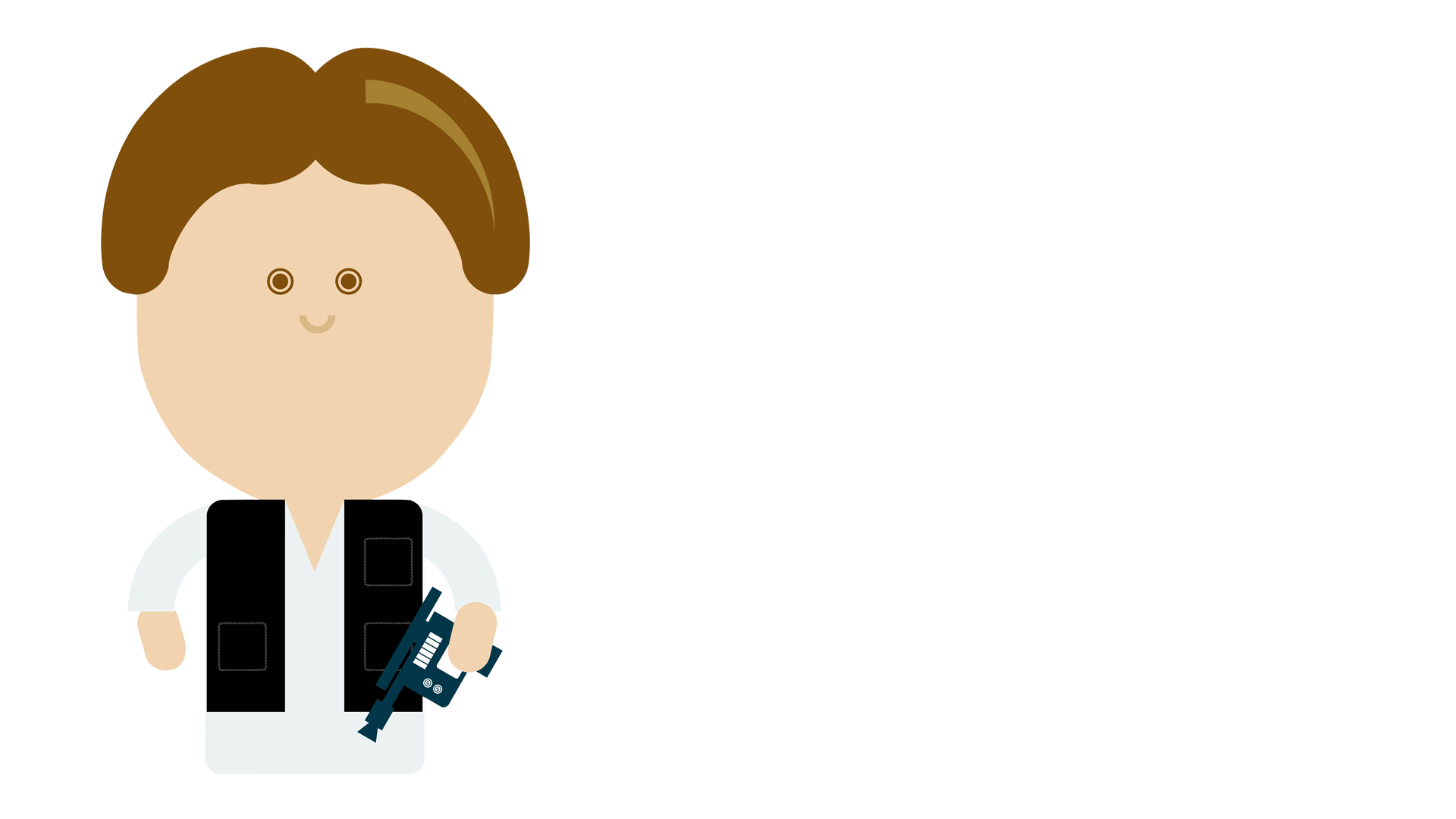 While it’s difficult for us to recommend the sartorial combination of a white grandad T-shirt and black waistcoat, Solo’s piloting skills are not in question. We can but assume that piloting the Millennium Falcon through “the Kessel Run in less than twelve parsecs” is a feat worthy of considerable awe. But what we know for a fact is that Solo is a keen tactician (see hiding beneath the ship’s floor after being tractor-beamed into the Death Star) and a sharp shooter, as seen by his handling of the Falcon’s guns against a swarm of TIE fighters. He’s brave (losing the Empire by careering into the asteroid field) and disappearing from Imperial view by parking the Falcon on the side of a Star Destroyer is simply genius (let’s forget that Boba Fett called that one right). Oh and of course, even though he could have run off with all his Rebel loot, he came back to help Luke polish off the Death Star. The ultimate lovable rogue.

Most likely to say: “Watch your mouth, kid”

Fly like Han Solo: Han would love to see himself as a lone, punk pilot, but he’s every inch a team-player, albeit a reluctant one. His choice of Valkyrie class? You might be surprised to learn we think he’d fly support. Fast, adaptable, initially unwilling to get involved, but there when you need him. 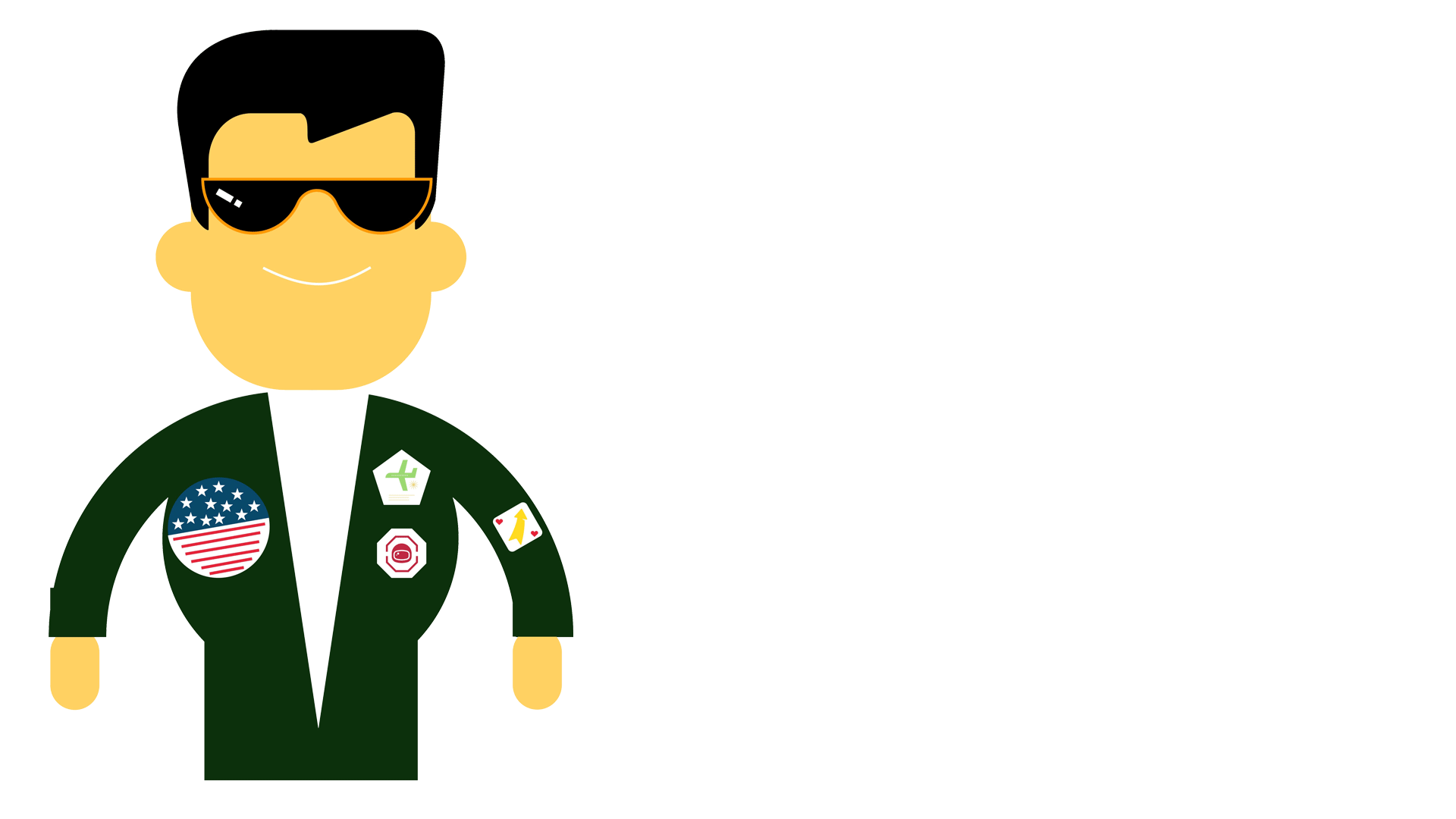 Prone to blinding his aerial foes with his rack of iridescent teeth, Maverick is a hothead, a hotshot and pretty much anything you can insert the word ‘hot’ in front of. He’s the stereotypical, chiselled Hollywood lead on a road to retribution. Sure, he’s made some mistakes. Sure, his erratic, devil-may-care attitude lead to his best mate getting snapped in two in an ejector seat. And yeah, he doesn’t like taking orders and when people don’t see things from his perspective he rides around in front of giant sunsets on giant motorbikes, with his giant teeth, sulking. But the thing is, he’s got that natural, instinctive piloting brilliance. It doesn’t come from no text book. He was born to fly. He can make his jet do things it wasn’t built for. Like go out of control. And crash. But also scare off some Russian MiGs at the end. So, you know, he’s great and lovely after all.

Most likely to say: “I feel the need – the need for speed”

Fly like Maverick: Is there any doubt about which kite Maverick would fly? Fighters. He’s a dick. But he’s our dick. Totally fearless, going out on a limb, and able to throw caution to the wind… but there’s a decency underpinning his actions. He might well die (and in Valkyrie he will) but at least he'll die trying. 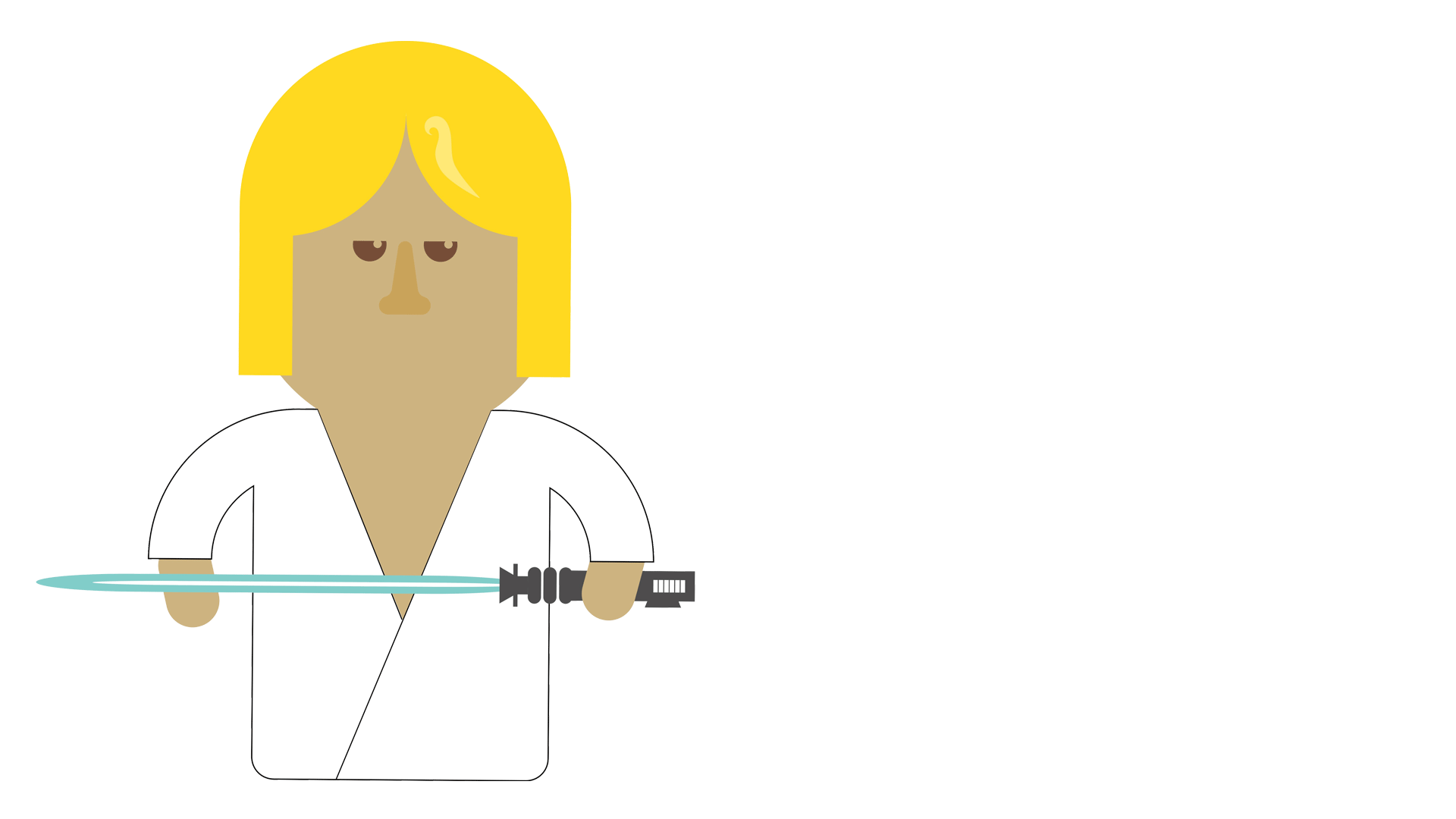 He’s the dull one, right? The naïve homebody who is happy tinkering with droids and relying on his adoptive parents to wash the sand from his underpants. But wait just a moment. Far from being the regular journeyman who adopts a role and sticks to it, Luke is a constant work in progress. Faced with tragedy he shook off the dust and desperation of his desert existence and embraced a better life. He placed himself in the care of Obi Wan, and later Yoda and opened his mind to the possibilities of The Force. He also took down an entire planet-sized space station, got his hand lopped off and discovered his Dad was evil beyond measure without blinking an eye. The kid done good. Sure his baby blue eyes retain an inexplicable wonder at whatever the universe throws at him, but there is steel behind that stare.

Fly like Luke Skywalker: This is a tricky one to call. Gut feeling says fighter class. But Luke’s use of the force gives him the ability to adapt to any situation. If you want to fly like Luke, take any ship you want, close your eyes (not literally) and go with the flow. If you’re the type of player to experiment and play with the tools available to you… you are Luke. 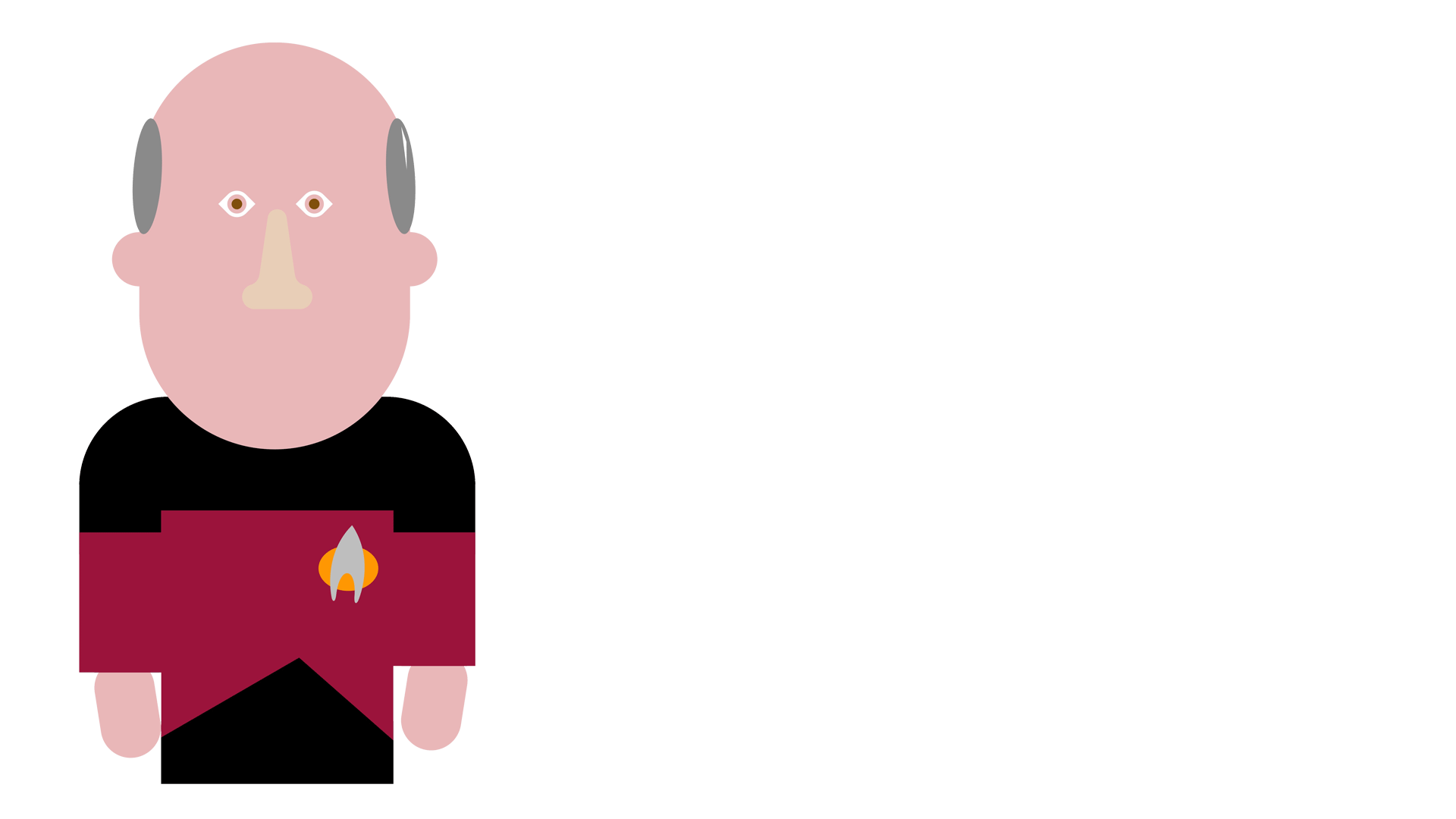 Despite his decidedly French name and his relaxed demeanor, Picard is the last person to Gallically shrug his shoulders while tossing a crepe into his mouth. He is cool, calm, stoic… almost robotic in his approach to crises. But there’s an anger underlying his measured exterior. He ain’t taking no nonsense. When he says “make it so” you had better do it, or he’ll make the end of your career as a starship employee ‘so’. Adrenaline plays no part in his take on life or career. Neither does fear. In the face of a problem, he will lean back in his chair, place his hands on the armrests, let out a deep breath and make his decision.

Most likely to say: “Make it so”

Fly like Jean-Luc Picard: Do we even need to say it? Heavy class. Picard is a leader, and ambitious. Hang back, assess any given situation. And if engagement is necessary, warp in, sit tight, and get the job done. As for progression… do not be satisfied until you have unlocked all the heavy ships. Anything less would be a failure. 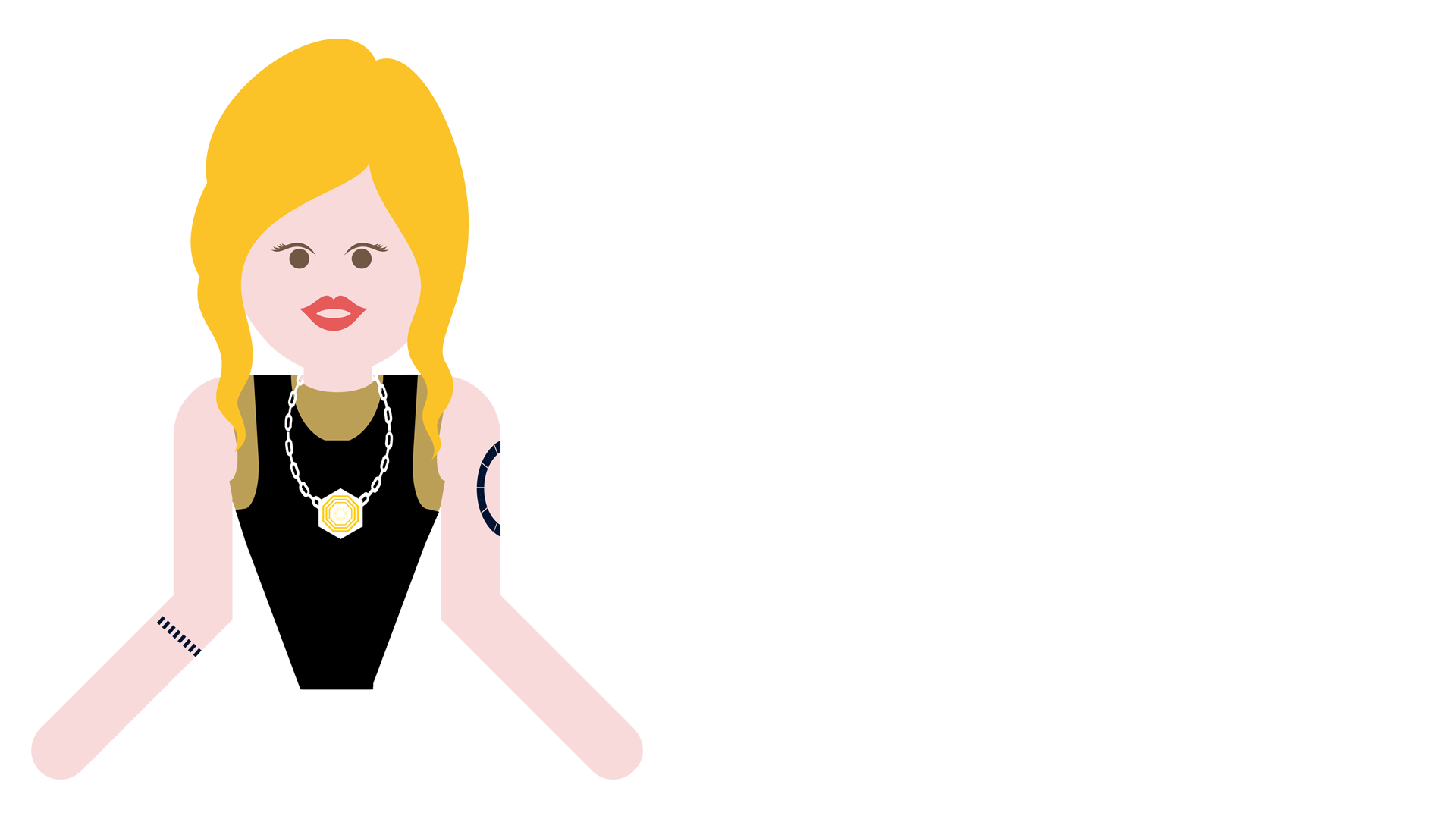 It would be remiss of us not to include Battlestar Galactica’s premiere pilot, given that she was played by none other than Katee Sackhoff, the actor who voices EVE: Valkyrie’s Rán. Starbuck (fictional name Kara Thrace) is a complex character. Initially she was a maverick with no concern for her own safety but as the series progressed she rose through the ranks and realised her place in the Galactica universe was rather more important. Eventually, her dislike for authority gave way to a desire to inspire others. She remains a rebel, but one with a purpose.

Most likely to say: “Don’t look at me like that.”

Fly like Starbuck: You have two choices here. Are you an early Battlestar Galactica fan? In that case go for a fighter. Get ejected out of the launch tube with no regard for your own safety and dish out some pain. You might die, repeatedly, but that’s what a young Starbuck would have done. If, on the other hand, you are a devotee of the whole series, you might want to mature a bit and shuffle between fighters and support craft, taking new pilots under your wing as you go. With youthful arrogance comes great responsibility… as no one said, ever.

If you want to let us know what kind of pilot you are, why not join us on the official Valkyrie forum?