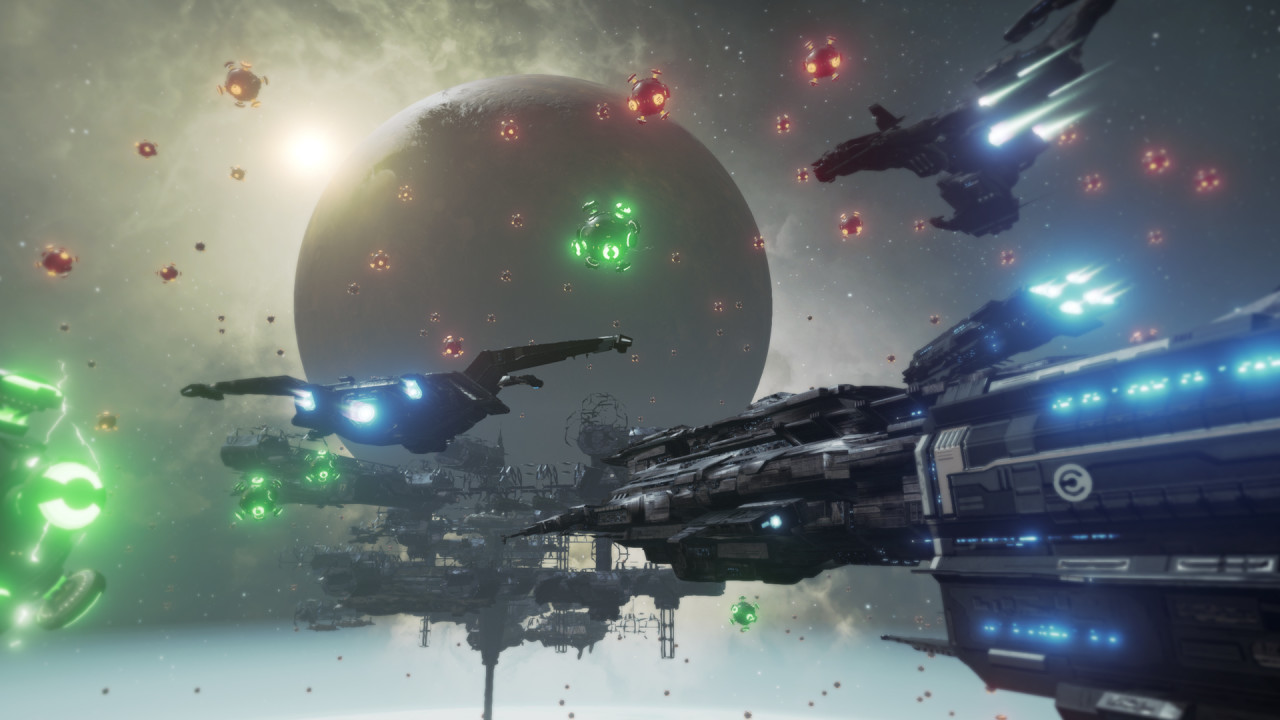 We are aware that a lot of Valkyrie pilots jump straight into multiplayer gaming, high on the prospect of a get-rich-quick, no-guts-no-glory approach to life. As we never tire of telling you, this is a foolhardy way to begin your EVE: Valkyrie experience. Instead, you should get into training via the training modules themselves, the Scout Mode and Test Arena where you can get to know the maps and play around with your weapons.

However, even before you do that, you should check out the Recall missions. They’re short but sweet, giving you a little bit of the history behind EVE: Valkyrie, while also introducing you to some of the play mechanics. The best thing about them is that they give you some insight into the battle raging in New Eden, so by playing them, you experience much more emotional investment in your subsequent battles.

Goal: This first Recall mission is merely an introduction to the game. It occurs at a point following Rán's death and it’s up to you and your teammates, Kal and Nas, to carry on the fight. At this point you are only able to steer and roll the ship and listen to the dialogue. Towards the end of the stage, you come under attack and while you are then able to use your weapons, they have no effect as you are very swiftly killed. A brutal introduction to the game.

A Federation convoy thunders towards the FEDCAF Logistics Tower anchored in low orbit around Esmes III. Join the support squad under the leadership of Rán Kavik and protect the fleet through this dangerous system.

Goal: We take a step back in time for this episode. Lieutenant Kavik is still alive and as she says at the outset, your reputation is everything. It’s your life beyond death. This is essentially an escort mission, at least to begin with. Follow Rán through the fleet of ships. In terms of training, with this episode you get to fly in formation and use your boost to keep up with the rest of the team. Unfortunately, things go south pretty quickly as a bunch of enemy ships warp into view. What follows is a deadly skirmish in which you get to attack as many enemies as possible before ultimately getting killed. It’s kind of like an introduction to proper combat… a mini Survival Mode if you will.

Fatal has his eye on a Caldari shipyard in orbit around the planet Saranen and puts a plan in motion to take it for the Schism. Using stolen ships, you join a supply convoy making its way past the minefield and into the heart of the station.

Goal: OK, we’ve switched sides now and we’re fighting alongside Fatal for the Schism faction. Fatal is looking for a stronghold and his target is a Caldari shipyard. This mission serves the purpose of introducing the player to a Control Mode situation. At the start you have to fly in formation, following the green (unarmed) mines and avoiding the red (explosive) ones. Once at the shipyard, there’s a skirmish before you head in and plant communication devices at three points on the map.

A nearby carrier has arrived to protect the Caldari station, the only thing standing between you and control of the sector. With the information from the Quartermaster, Fatal launches an all-out assault on the shipyard, with you leading the charge.

Goal: Again we are working with Fatal and completing our mission to secure the Shipyard map. Having reopened communications, the Caldari have deployed a Carrier ship and it’s up to you and your teammates to take it out. That’s right, it’s Carrier Assault Mode. It also sets the scene for the action that will take place when you take on real-world opponents in Valkyrie’s multiplayer modes.

Enjoy the Recall missions and be sure to seek out the Echoes in Scout Mode to discover even more about EVE: Valkyrie’s backstory.