Ready for Launch – New Ship to join the Valkyrie line-up 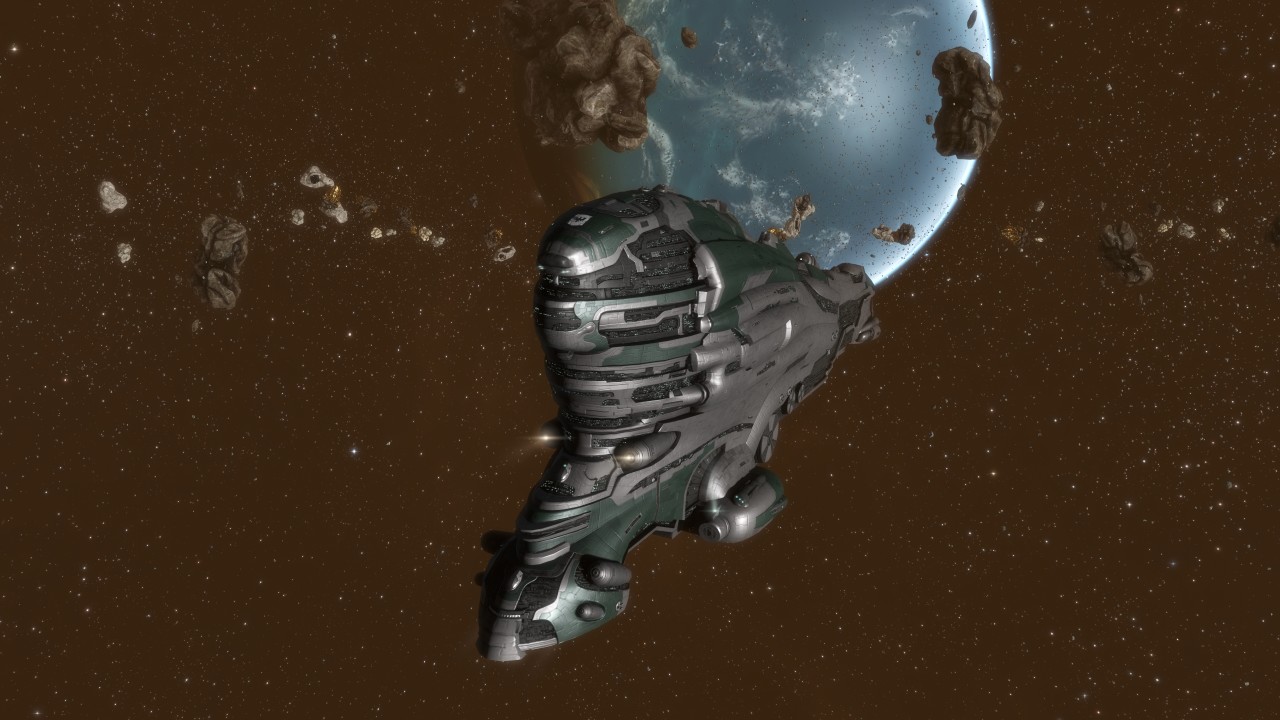 As we get ever closer to Fanfest 2017, more details of the event continue to emerge.

We are pleased to confirm that when April 6 rolls around and Fanfest gets under way, we’ll be releasing footage of an exciting new development in New Eden. Namely, a brand new pilotable ship.

It’s no ordinary ship though. This one is EVE Online’s Erebus. The Erebus is the Gallente Federation’s Titan and dwarfs anything yet seen in Valkyrie. As such it presents a unique challenge to pilots. While it’s capable of immense speeds, it takes a touch over 107 seconds to achieve warp, so there are no quick exits of the sort you can pull off with a heavy’s MWD.

Needless to say, the Erebus also takes time to slow down and turn – roughly 45 minutes in real time – so it’s not particularly agile. But what it lacks in maneuverability, it more than makes up for in pure grunt. Sporting six turrets, it can put on a show when attacking and because of its 1.3 million HP armor rating, it’s certainly a tough nut to crack.    Prelaunch testing has already seen it become a firm favorite with our pilots, although they did need to take turns steering the ship in shifts.

The Erebus will make its debut in upcoming wormhole event 1BS/543-70LOL before being rolled out into the regular play modes.

Footnote: This was, as you have no doubt already guessed, an April fool stunt. However, while we won't be bringing you a Titan to pilot any time soon, we do have some phenomenal new content coming up. Stay tuned folks.