ProTips – Master the Maps in Your Fighter – Part 2 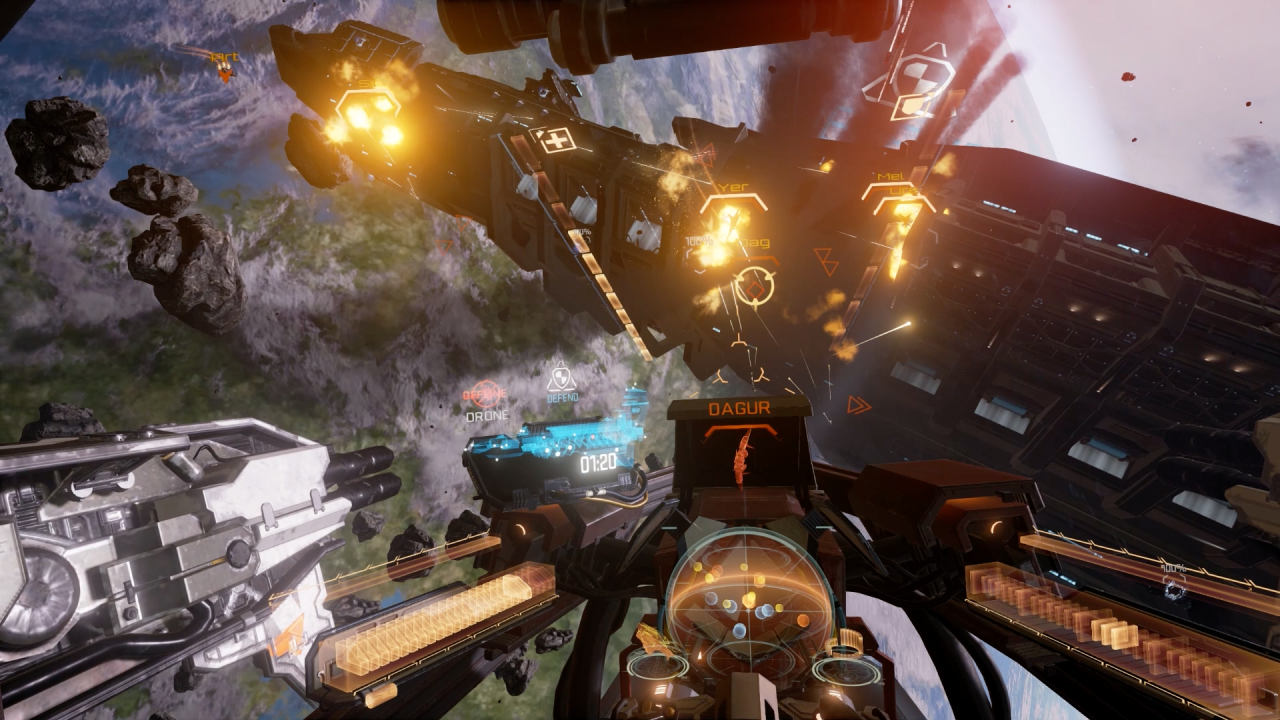 Last time, ace pilot General Stargazer took us through a few essentials of tackling EVE: Valkyrie’s maps in a fighter. If you want to get up to speed, be sure to check out part one of the guide. This time, the General is getting down to the specifics of each individual map and pointing out areas of interest.

Crossroads is the map that launched way back with the Carrier Assault patch and it's a reasonably dense map full of debris and asteroids. One of my favourite things to do on this map is to use the Gallente POS (Player Owned Structure from EVE Online) that I’ve highlighted in the screen below. 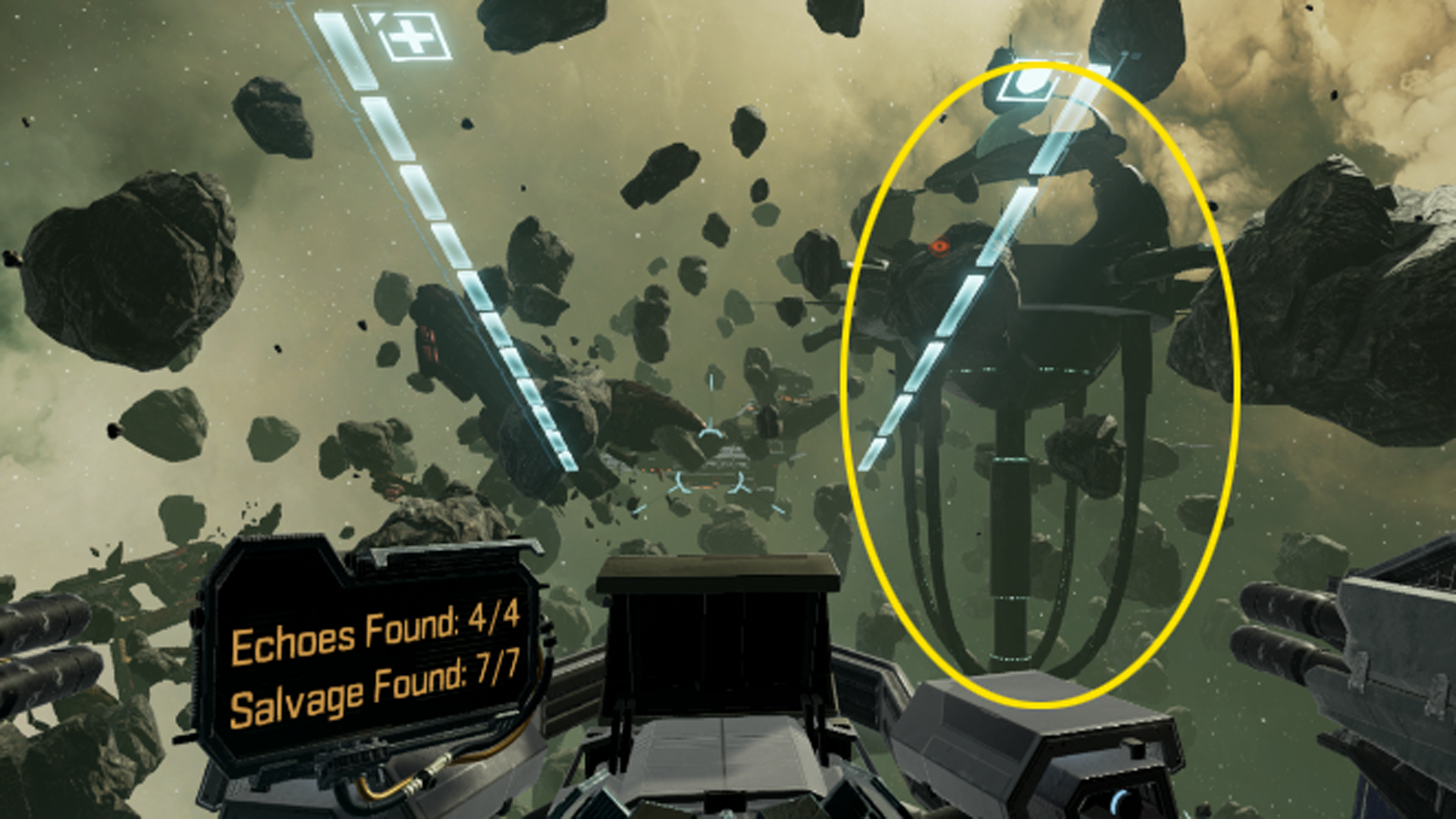 I fly up next to it and orientate the body of the fighter so that it lays flat alongside the edge of the structure as seen in this next screen. 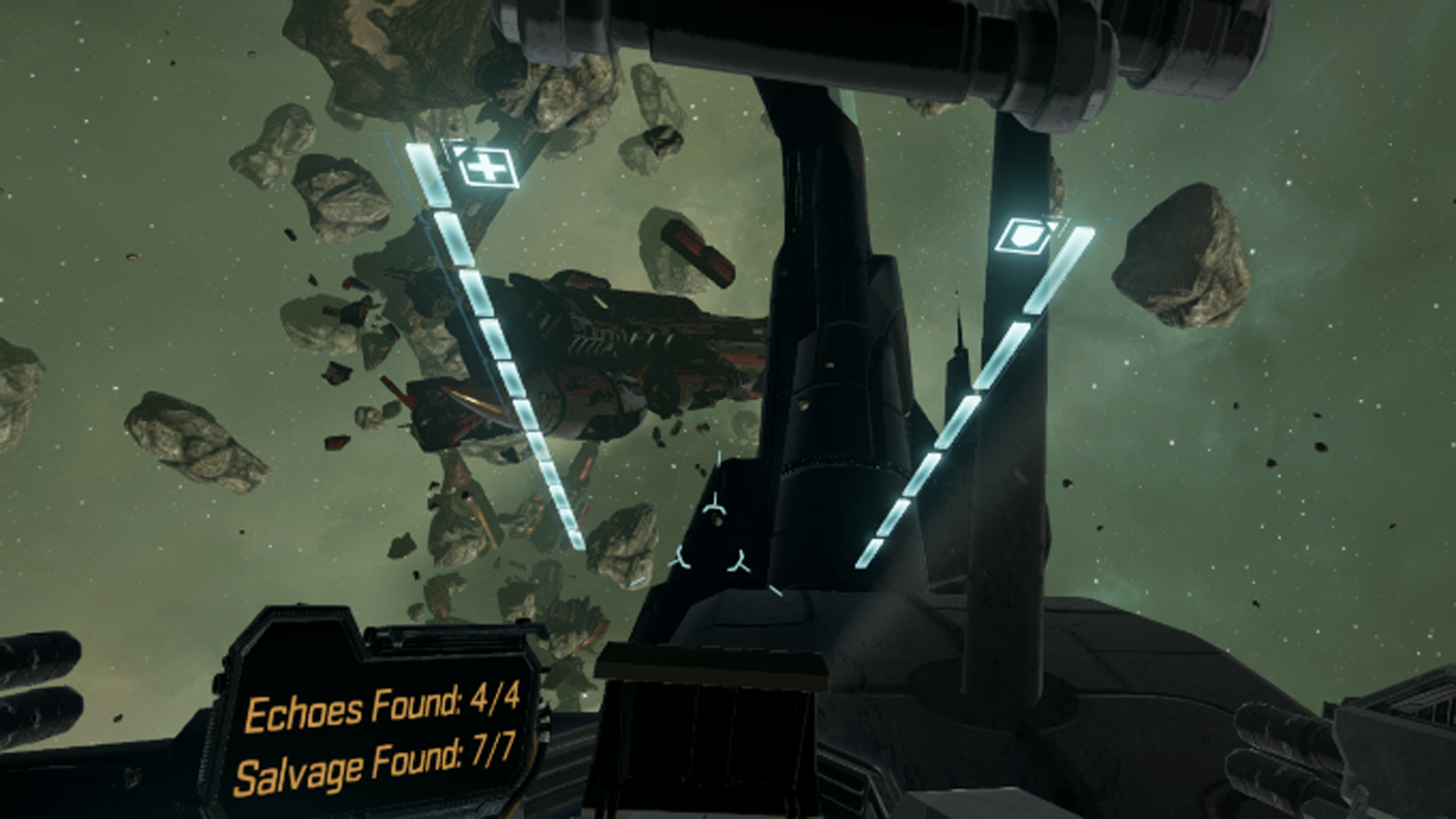 I normally burn over to it at top speed at the start of the game and then keep an eye on my radar to check if hostiles are likely to continue flying straight through the middle. If that happens, I’m in a prime position to immediately start flanking them or see if they are fighting on the top area of the structure I’m next to. If they start fighting on top, I’ve minimized the profile of the fighter, making it as hard to hit as possible. I’m now ready to turn and sweep under the structure to come up the other side behind the enemy again, or continue around the edge if I want to avoid a fight.

One other word of warning: beware of the asteroid cave at point A on the map as heavies tend to hide out there. It's a great spot for them because they are covered from many angles by the asteroid itself, making it hard for us fighters to get a decent approach on them without being seen. Also, be wary about entering the cave. With limited room for movement inside, it can be an easy trap where the area of effect of heavy weapons can really bring the pain!

Necropolis is made up of the remnants of the Esmes III escort mission and it’s littered with the scattered remains of EVE Online ships. This is one of those maps where it’s really handy to know the names of the ships!

The centrepiece of this map is a Nyx Supercarrier from EVE, highlighted below. 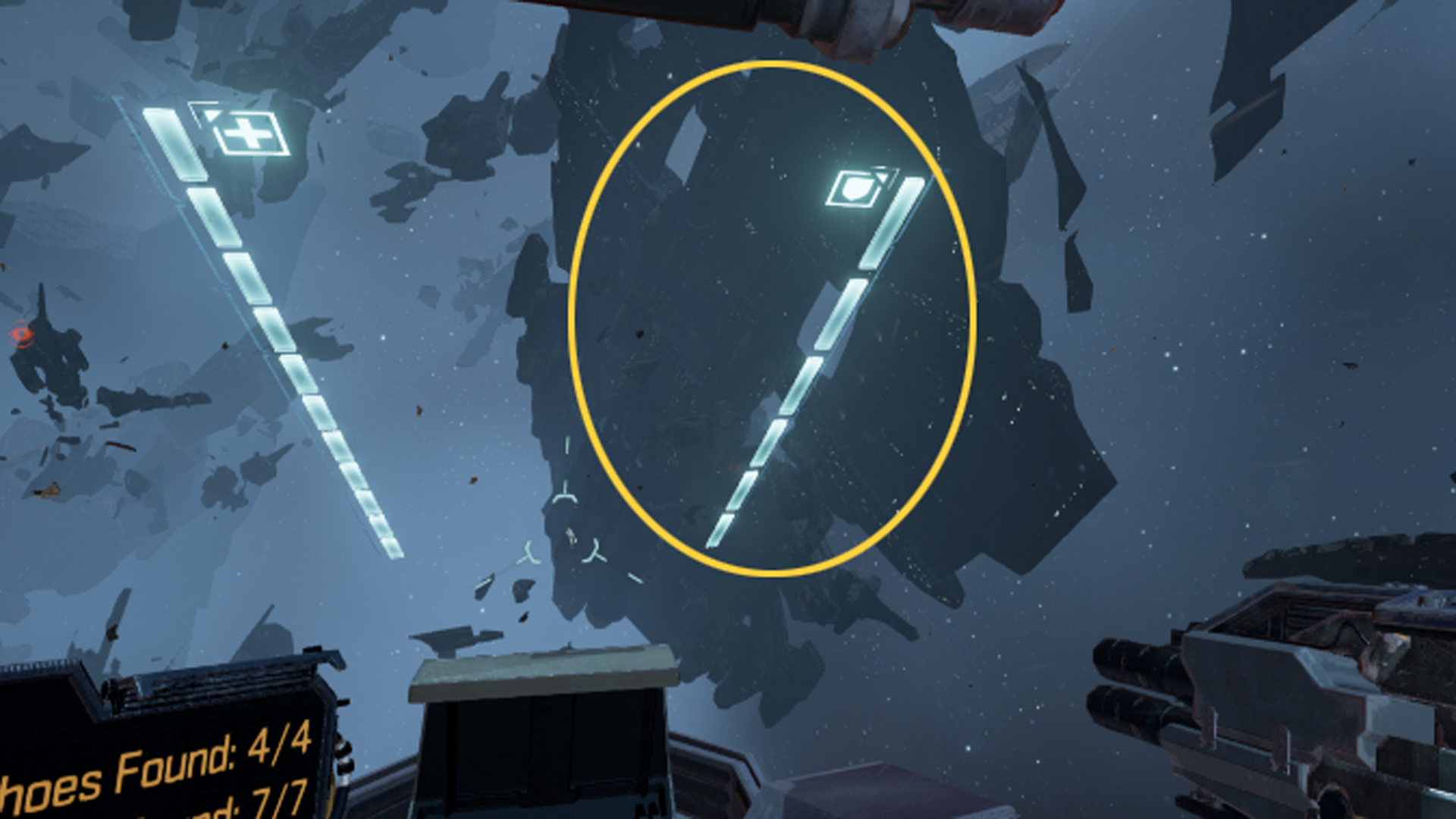 Like the Wyvern you launch from, the Nyx is a fighter launching vessel and as with all good fighter launchers, it has space for fighters… obviously. Not many people seem to use this space well… but I do!

Using it almost as if you're about to start a Carrier Assault core run on the ship, you can actually enter the drone bay that runs the full length of the ship. Check it out. 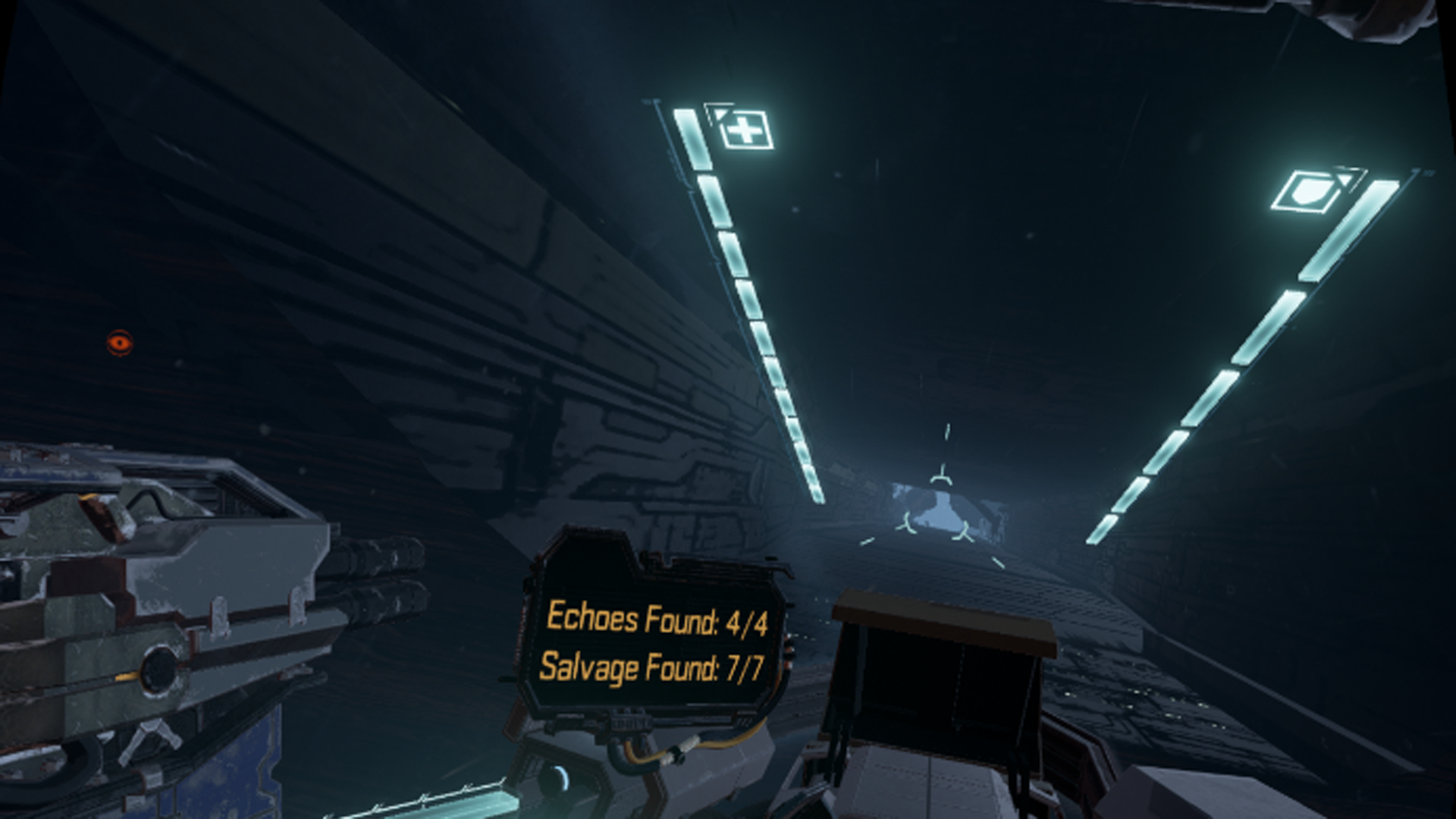 It offers great protection from ongoing combat above and below the ship. Remember, if you’re followed in, there's not a whole lot of room to dodge in here, so either outfly your opponent, or be prepared to fire up the boost.

Similarly, another shipwreck you’ll find on the field is that of an Archon (pictured below). It’s a standard fighter carrier (the attacking enemy during the Esmes III escort mission deploys one and launches fighters from it) and once again there's a fighter bay that isn’t used a whole lot. This is really useful for getting around the battlefield objective more quickly. 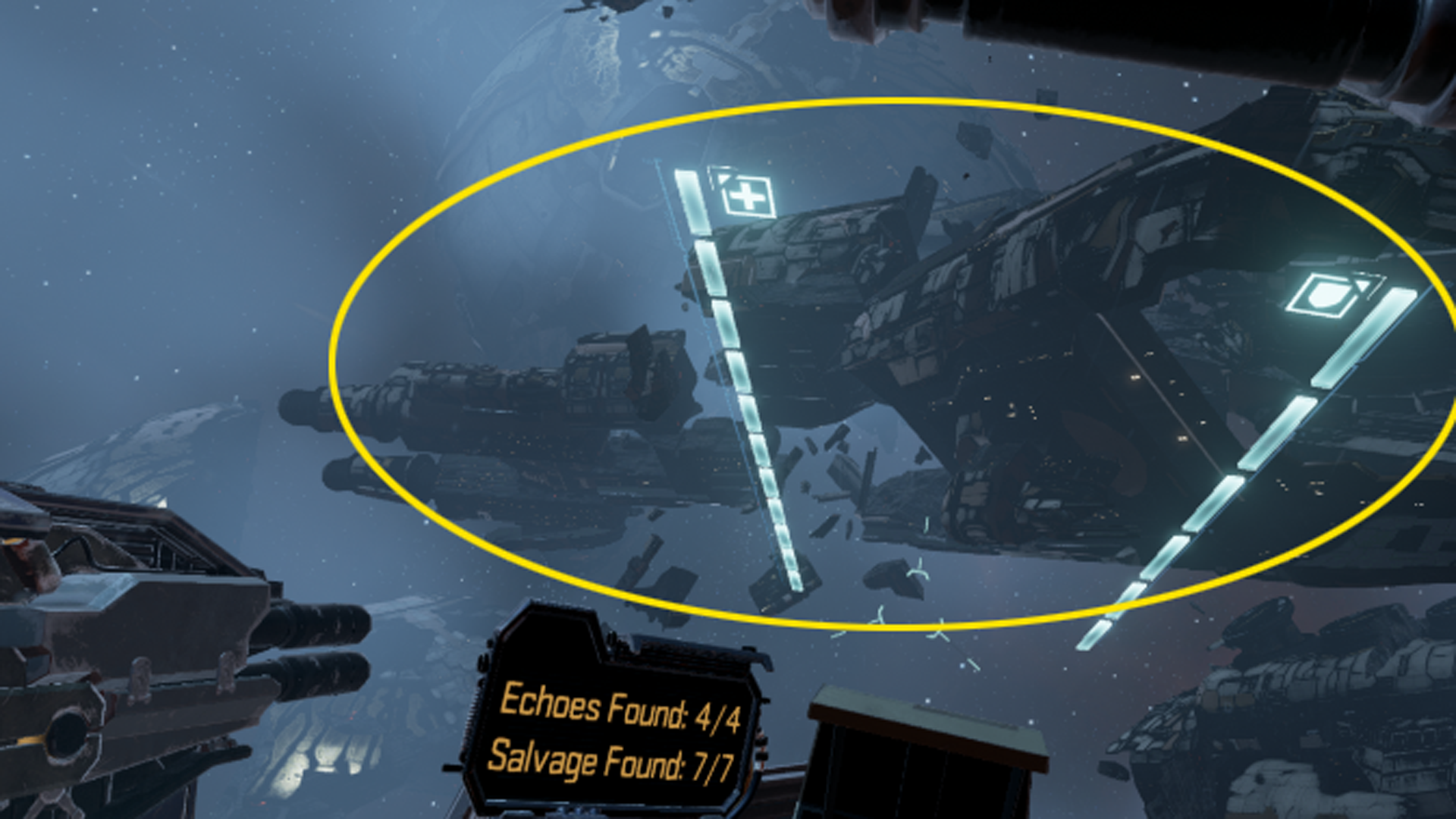 Forge is another great map that takes a little bit of learning as a fighter pilot. Gaining familiarity with the asteroids would be my recommendation here, and avoid fighting in the empty void in the middle of the map.

In the screenshot below, this asteroid - discounting the gaping holes at either end - has four additional holes inside it (three of which are highlighted) that are big enough to get a fighter through, but heavies and some support might have a hard time following you in. There are many hollowed out asteroids like this on Forge that are great for breaking pursuits. In addition, some have crystals on the outside too. Sticking to these can surprise your opponent very easily if they crash into one at high speed. 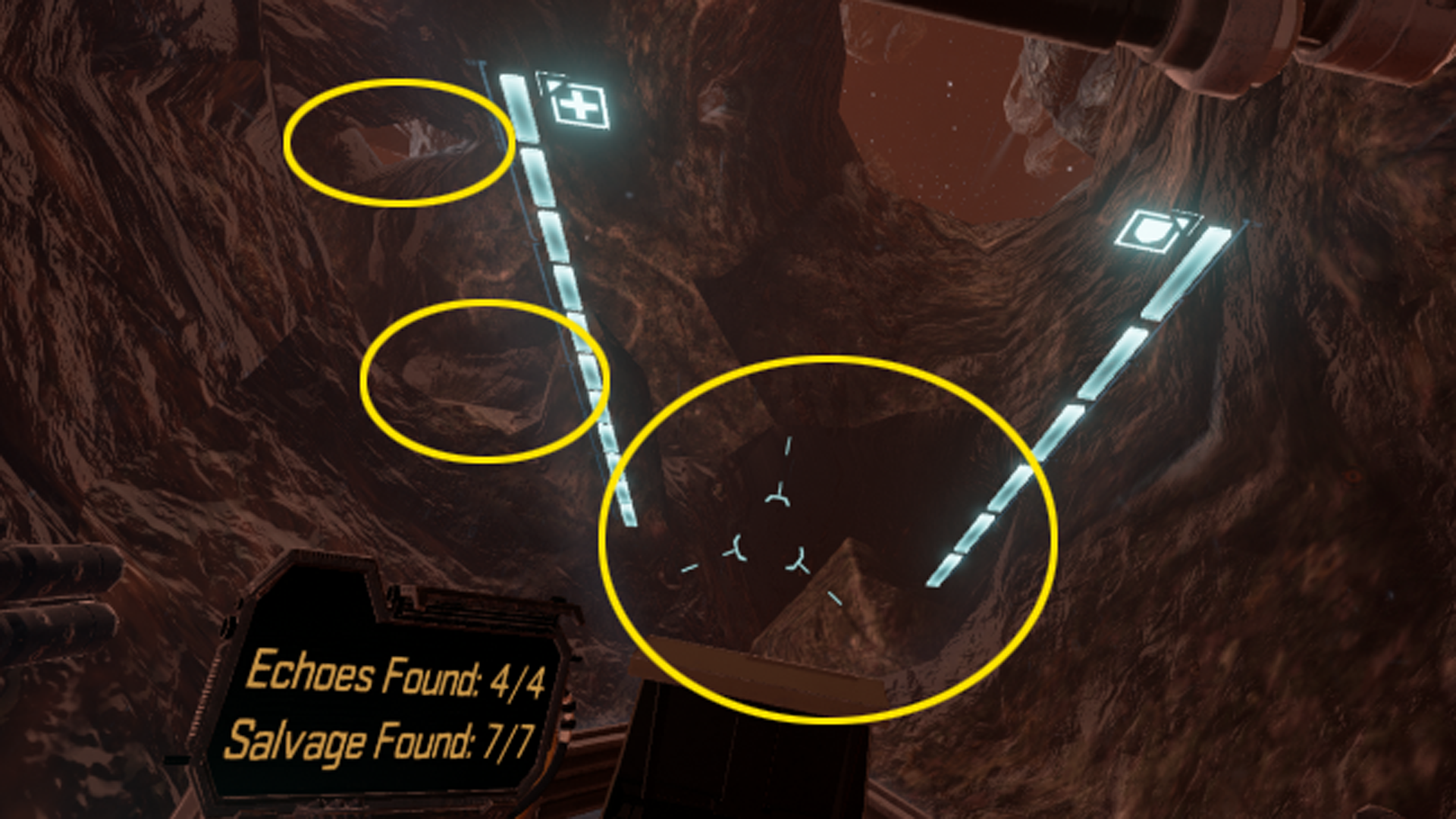 Pipes are another great thing on this map! As you can see in this next shot, the pipes don't go all the way to the bed of the asteroids! So, if you're looking for some cover from an attack above, dive under a pipe. If your enemy is determined to kill you, they’ll have no choice but to fly down and try to get ahead of or behind you. 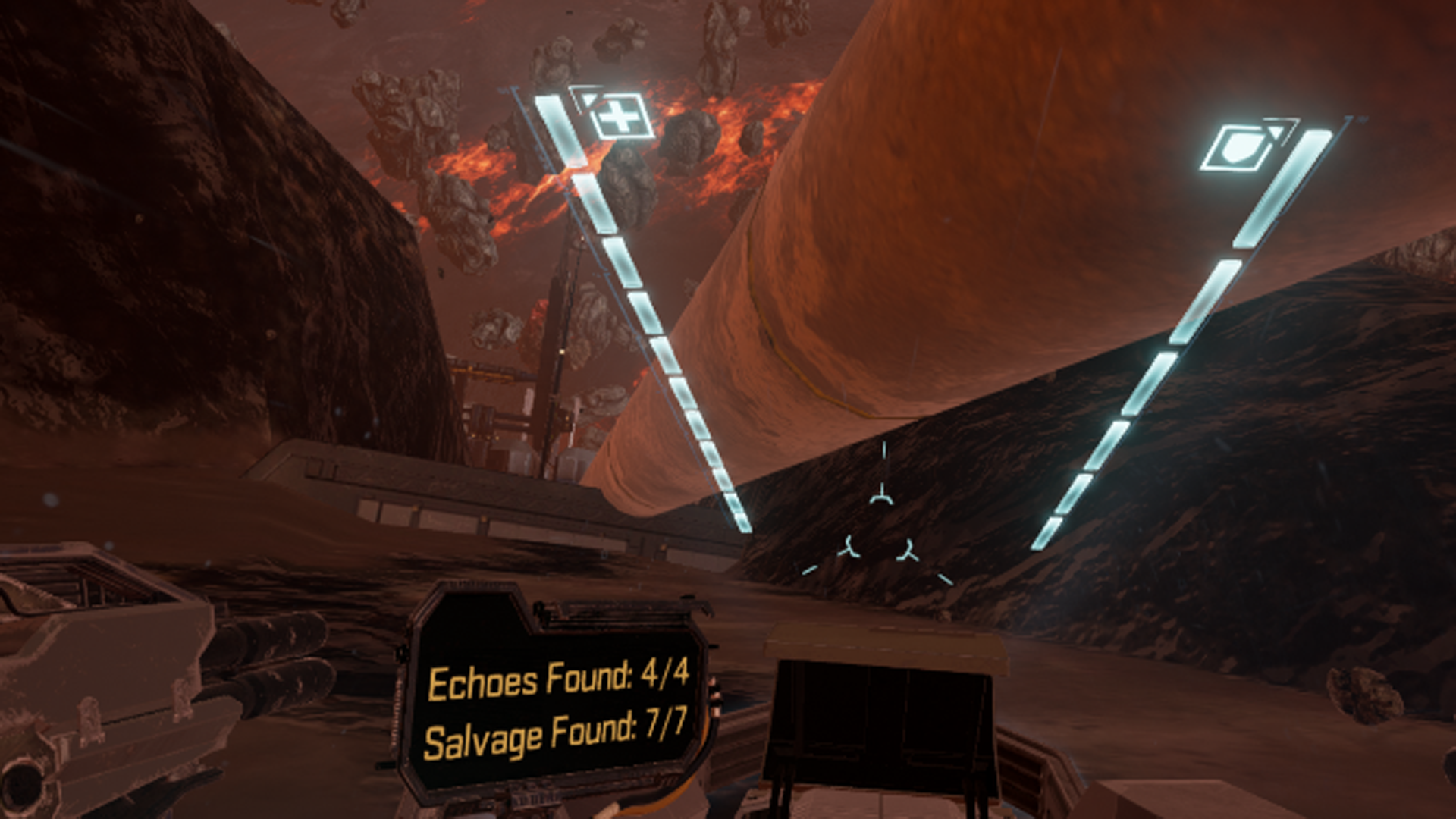 Last of all, avoid the traffic. EVE ships have right of way. There's a docking station at the top of the map (as seen below) that constantly has mining barges from EVE coming to and fro. Remember, look out for these as you approach the point as it’s very easy to fly into them or get dragged away with them. 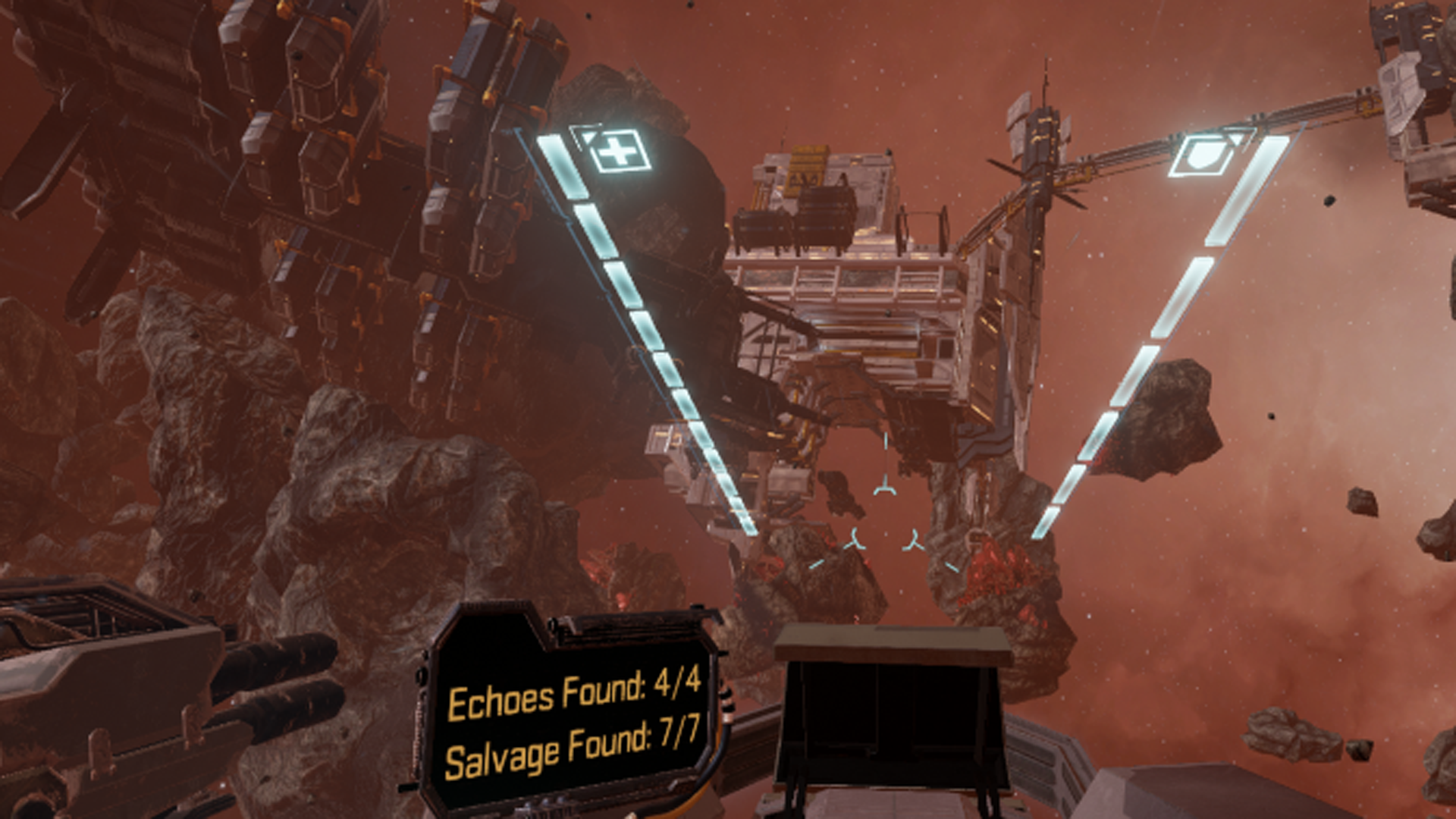 This is still one of my personal favourites, but is one of the hardest in which to co-ordinate positions unless you know the names of the ships on the map. The ship you can see in the top left of the screen below is known as a Raven. The highlighted areas are tunnels. It has three different tunnels and you can cause all sorts of mayhem ducking and diving in and out of them. 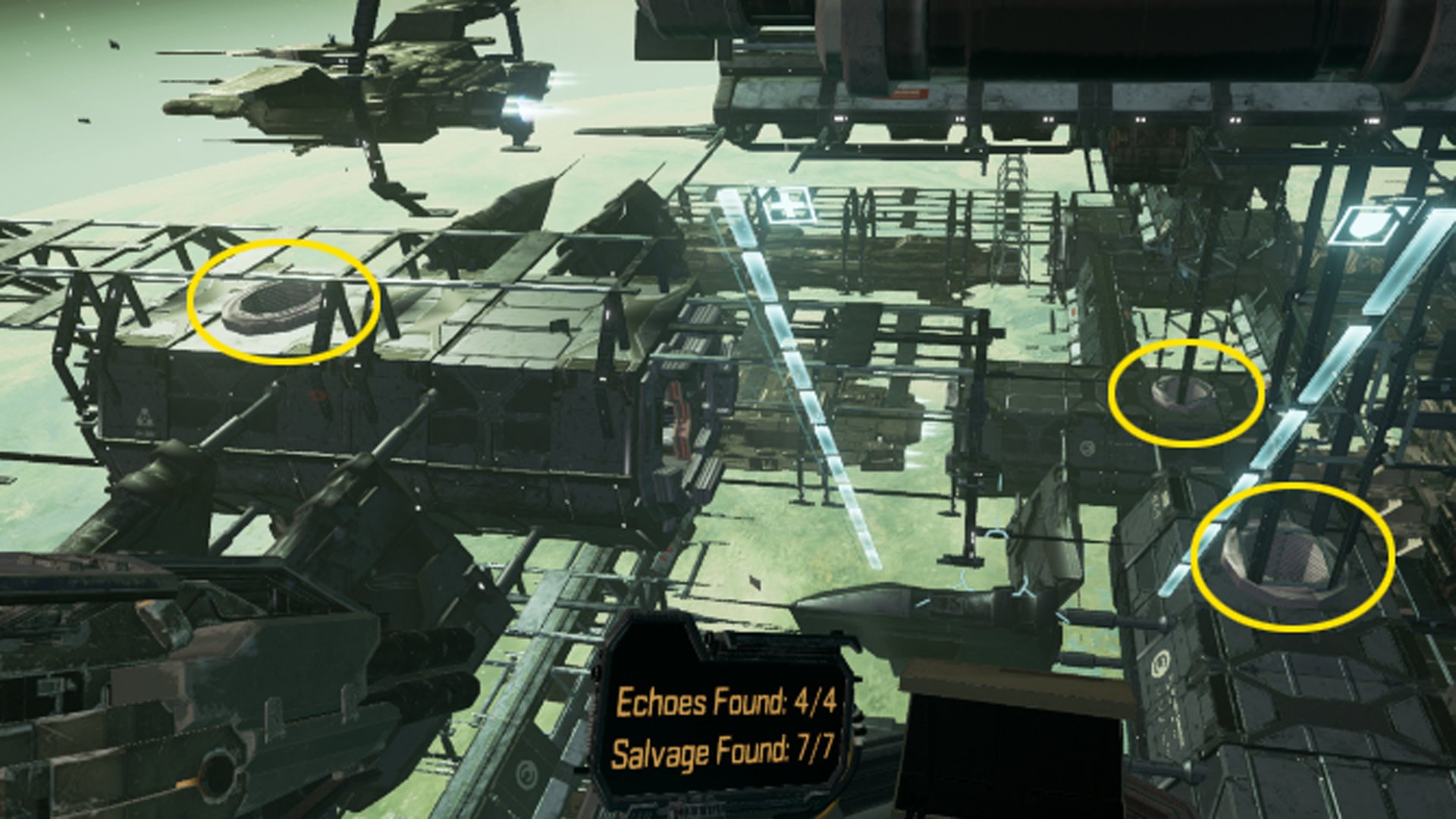 Learning the map and figuring out which tunnels go where, which run full length and which are blocked off is vital in escaping and evading.

Similar to my tactic on Crossroads, I usually burn for the bottom right circle and hide inside there at the start of games, check out my radar, follow the fight, look for stragglers, then pull out and engage from the tunnel. 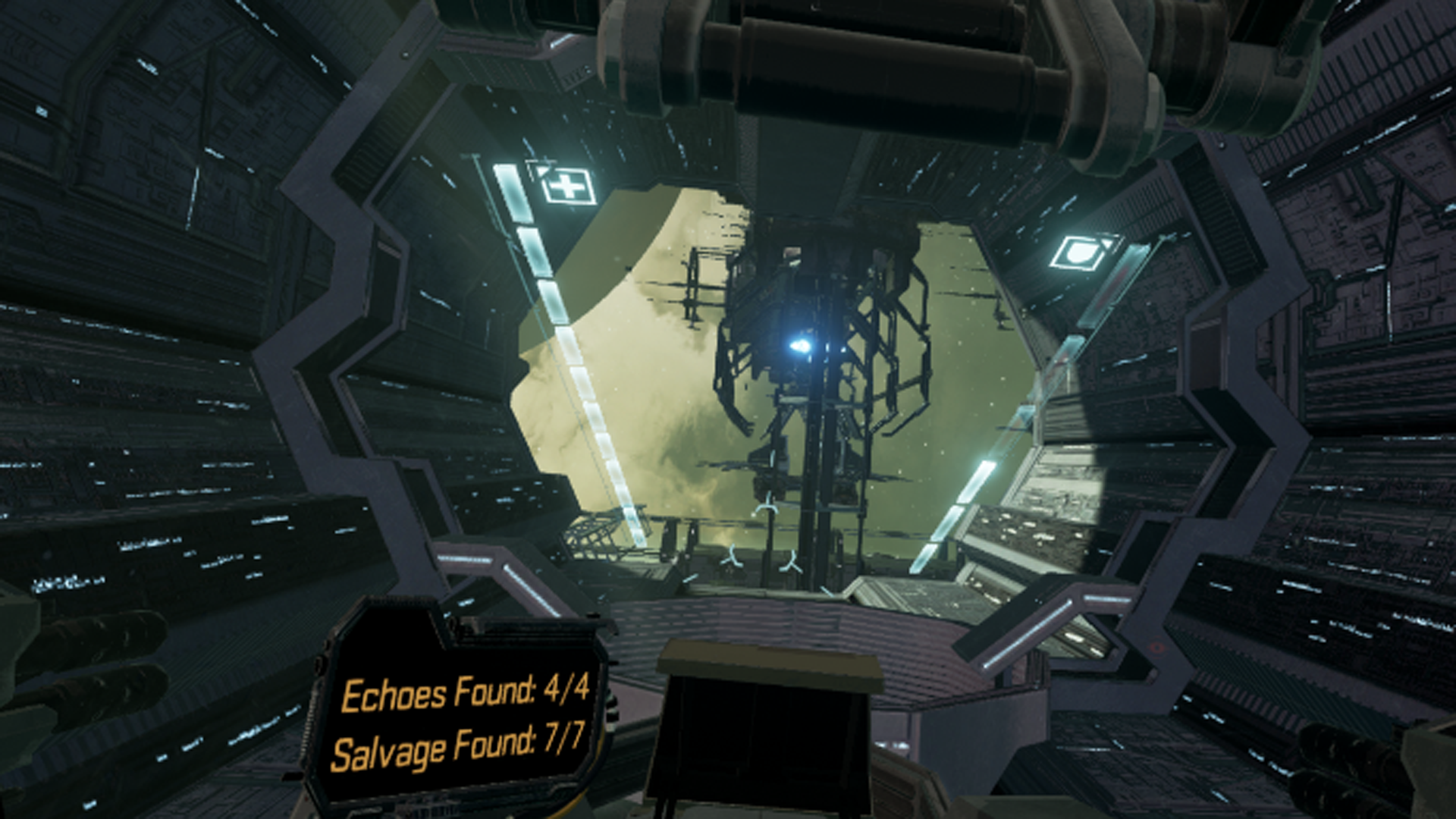 Cathedral had a major overhaul last patch and a lot more debris and wreckage was added to the map. While it’s still a fairly open map, it’s nowhere near as hazardous to fighters as it used to be.

As with Shipyard and Crossroads, my tactic here is to burn straight for the central structure (point B) but don’t go in and instead start climbing (see the screen below). Once again, check the radar for fights coming your way and you might decide that going up and back down into an engagement from behind is the best way to get an angle on your opponent. 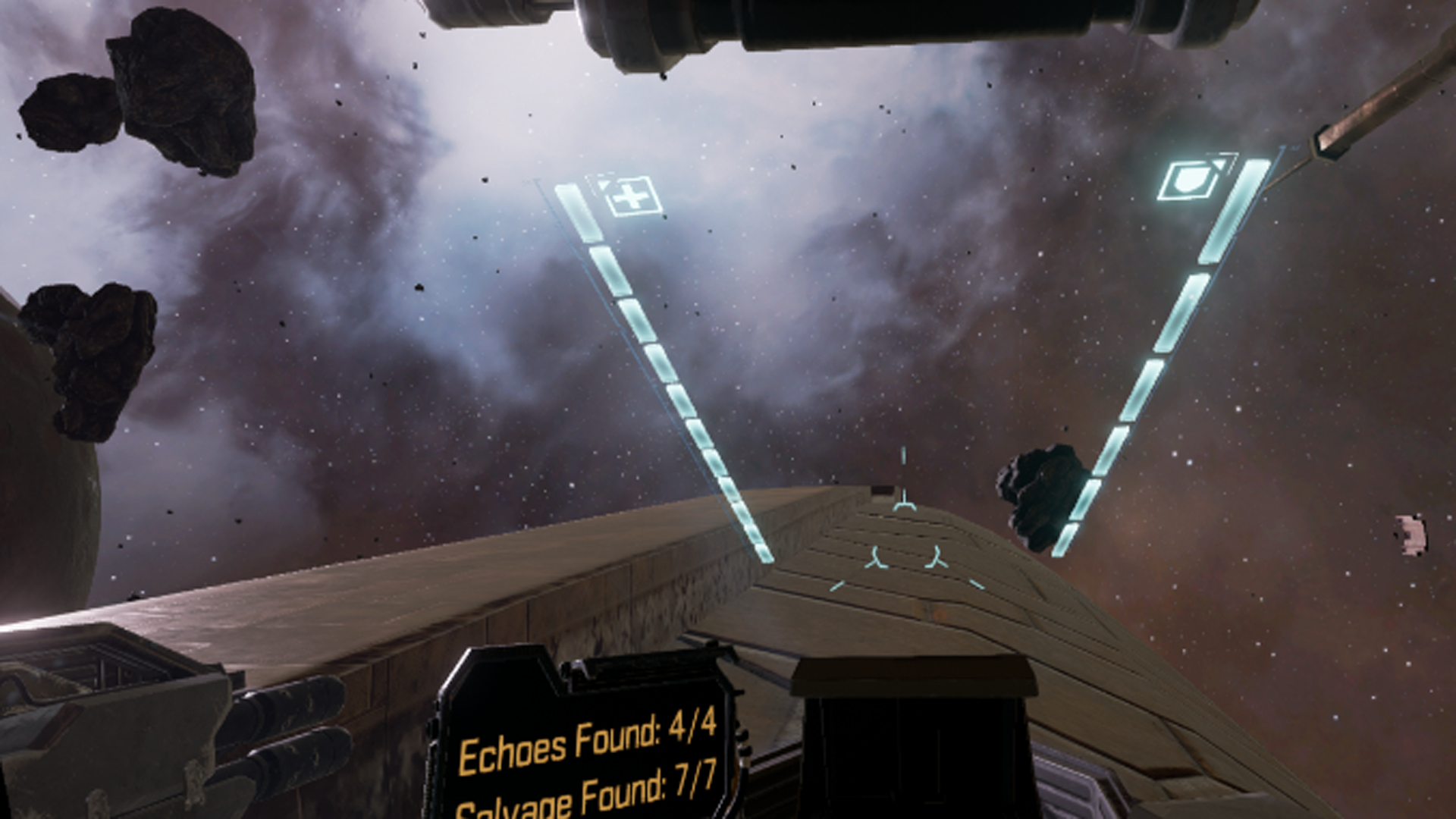 The massive Dreadnought ship up by point A is known as a Naglfar. A minor tip if you're fighting around it is that there's actually a hole smack in the middle of it. It's a great place to throw off an enemy in pursuit that isn’t expecting the turn.

My favourite part of this map is under the cathedral. Highlighted in the screen below, you can get your fighter underneath the supports. It's actually a small circular circuit as well, so it's a great one to break an opponent's line of sight on you, allowing you to regenerate your shields. 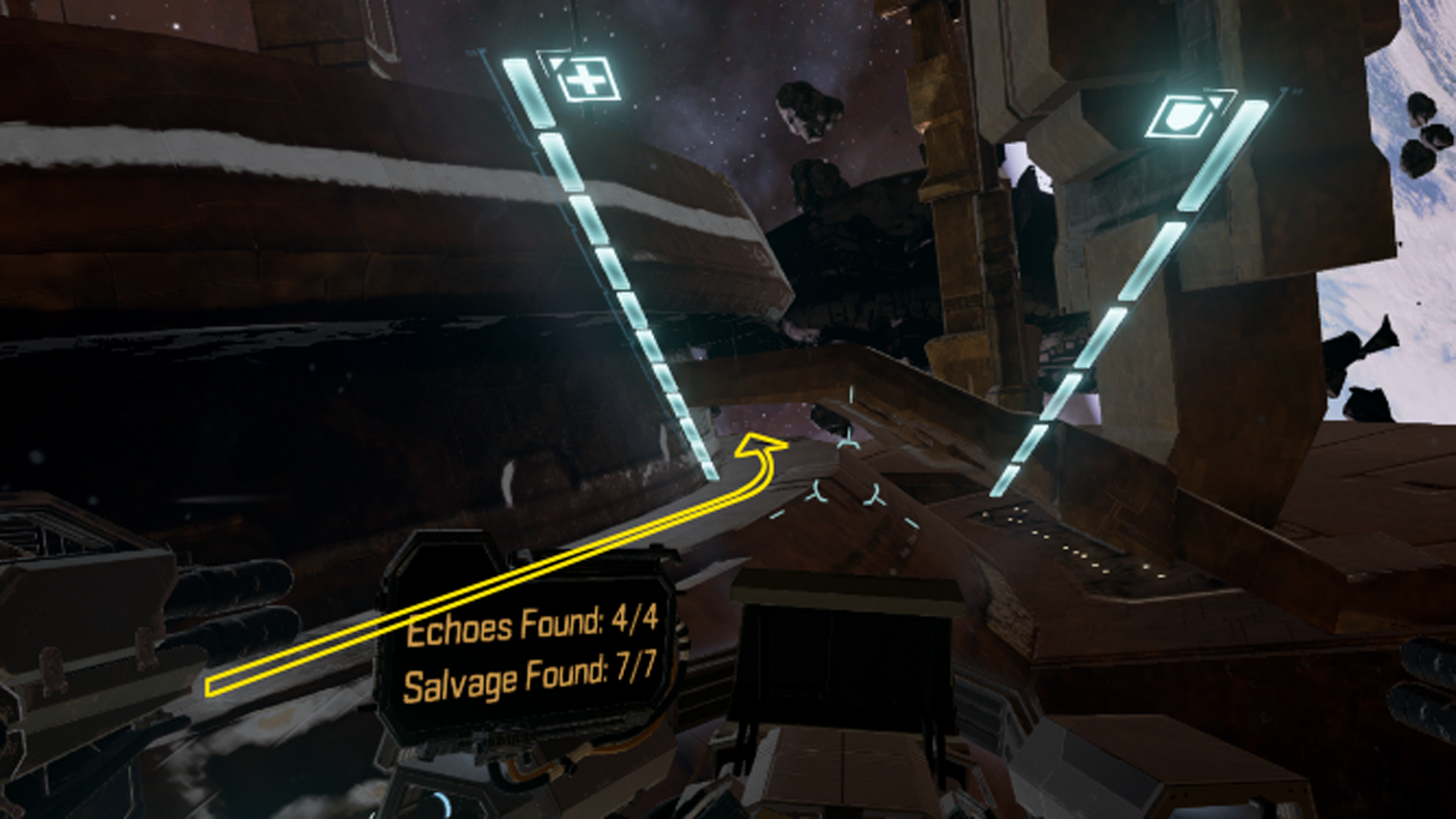 Last but not least, Gateway! This is a great map for avoiding a lot of damage. Its plentiful scaffolding and solid structure rings are great for avoiding incoming damage and breaking line of sight. 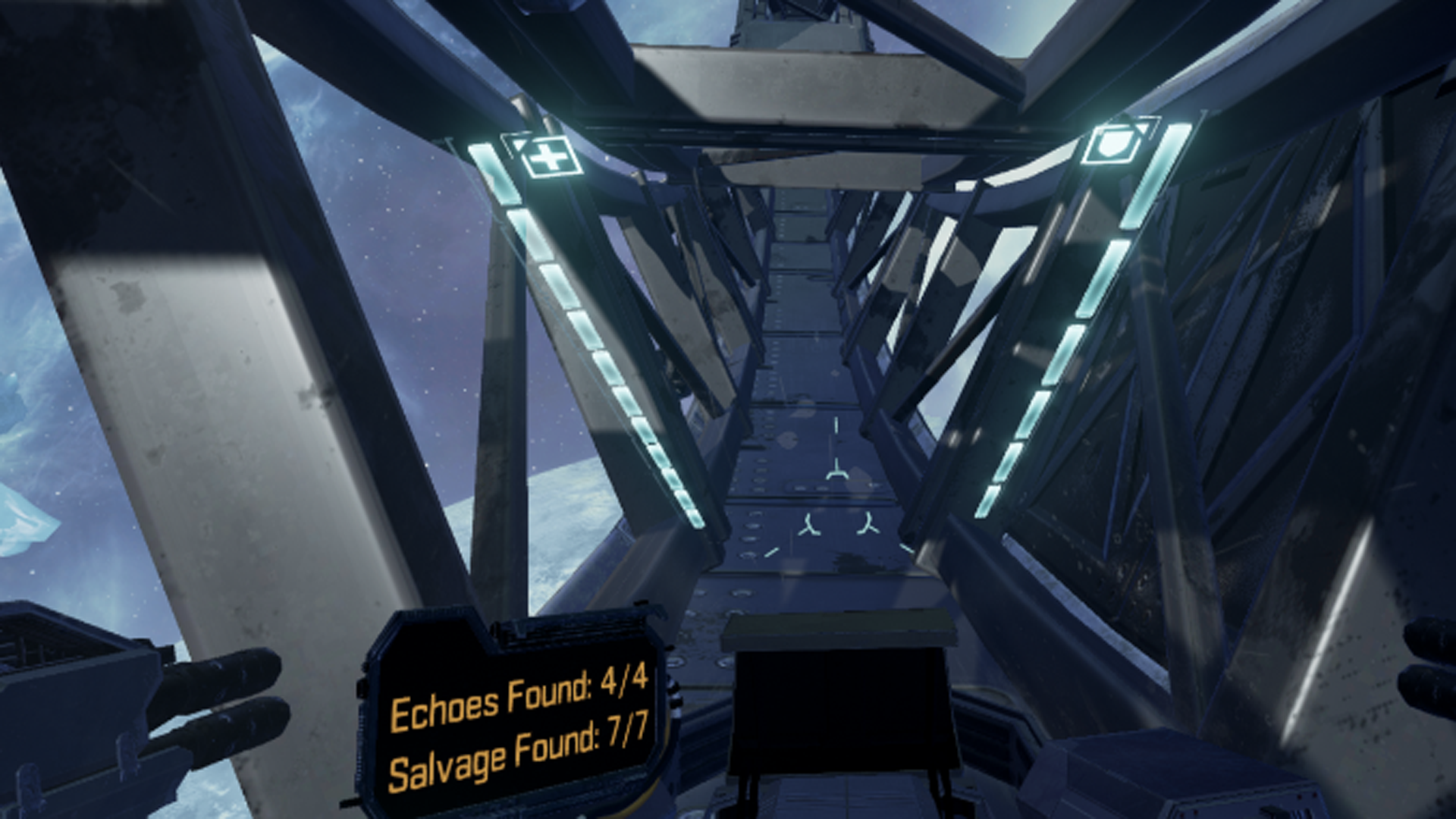 If you're ever getting chased or have a barrage of missiles coming after you, diving between these rings is a good way to shake them off without any problems at all. Just remember to orientate your ship correctly to take it. 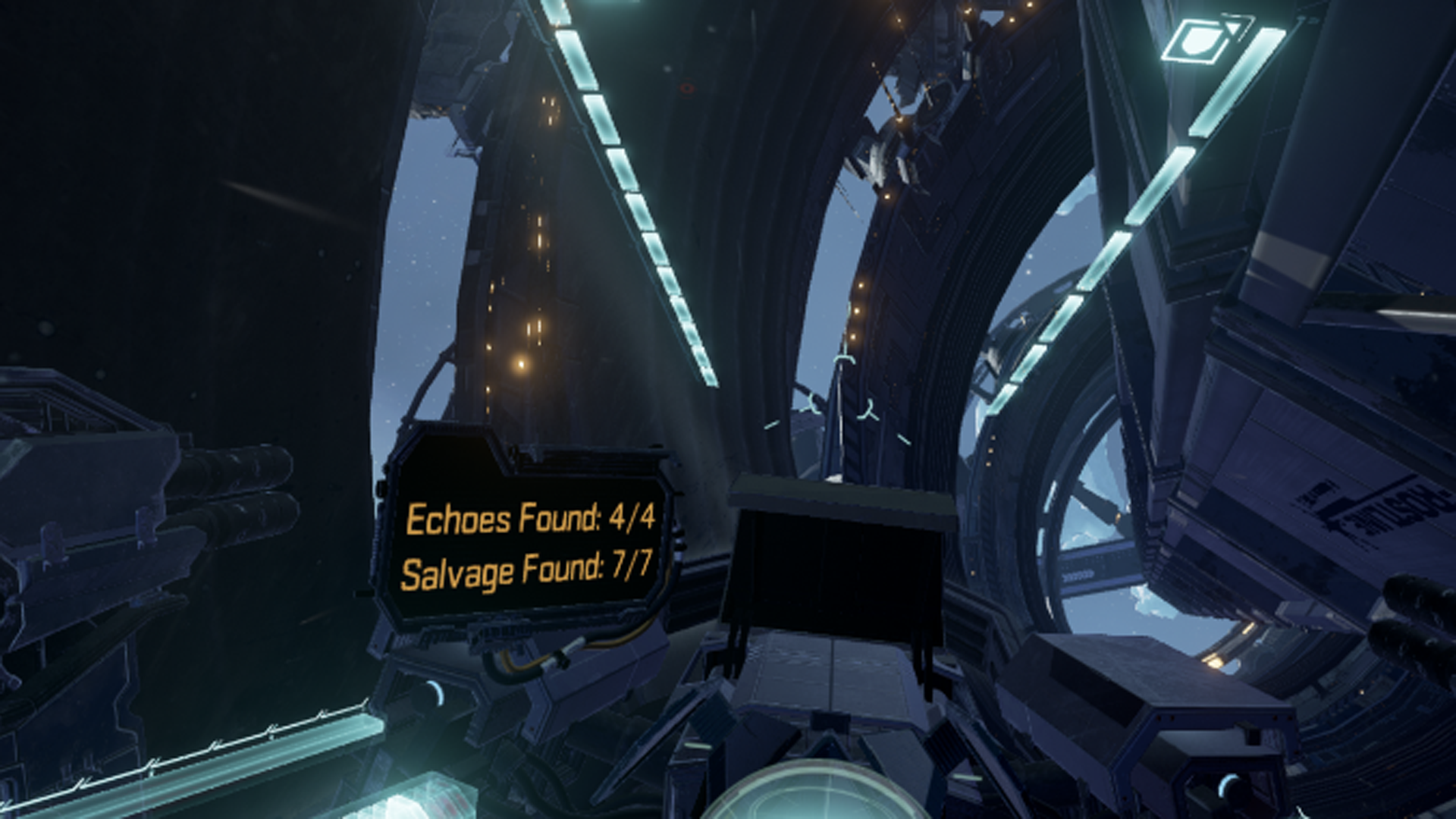 I’d be remiss if I didn’t mention the iceteroids. They look really cool and I do like dragging fights over to them. Like the regular asteroids, there are some with holes. Learn them, enjoy them. 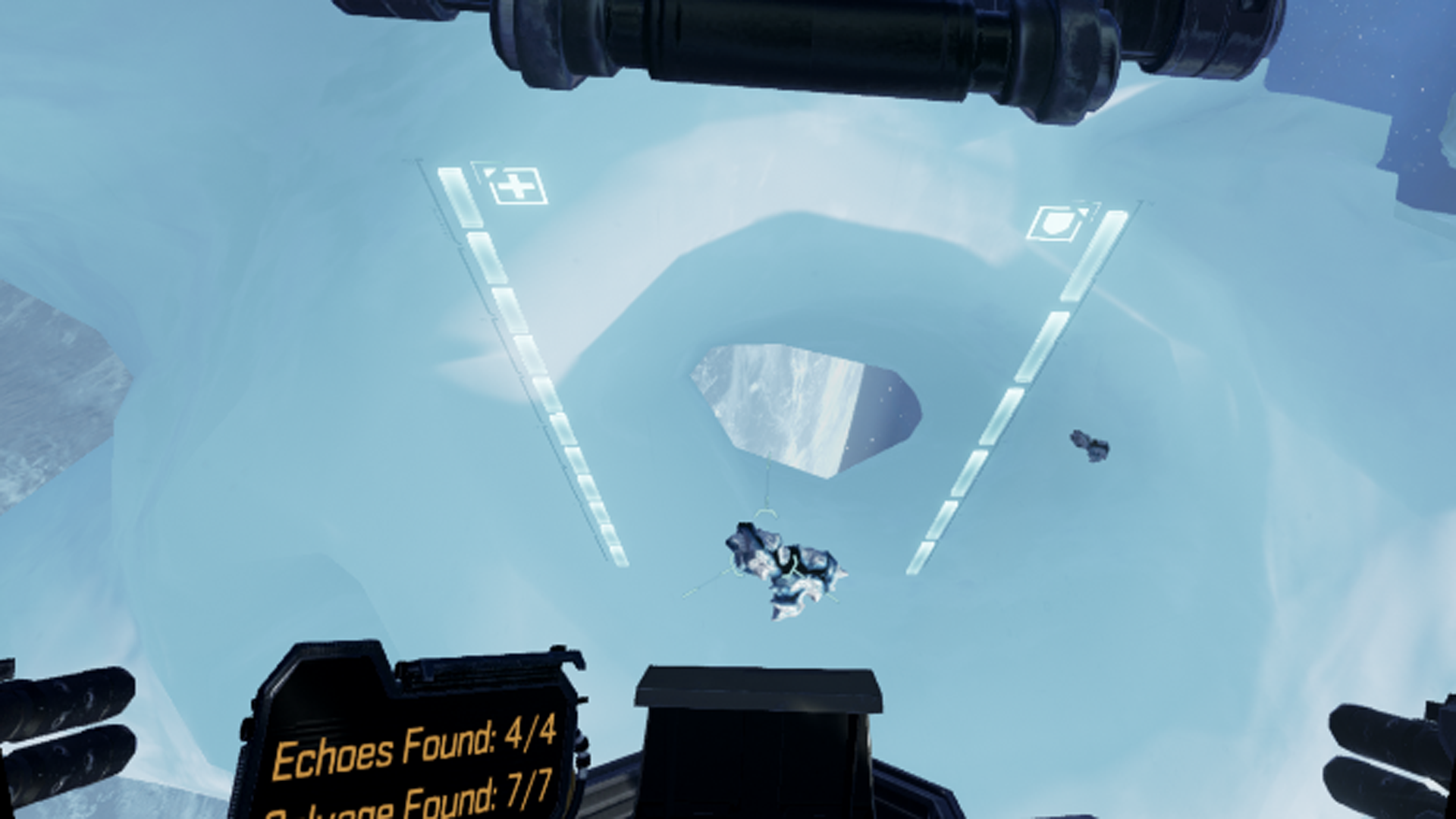 Awesome stuff, Mr Stargazer! We think you’ll agree, dear readers, that there’s a wealth of tactical gems in there to take to the battlefield, so a hearty thank you goes out to the General for that.    To find out how to handle the heavies on each of the maps, head over to Nydwen’s recent musings on the subject.