ProTips: Master the Maps in Your Fighter – Part 1 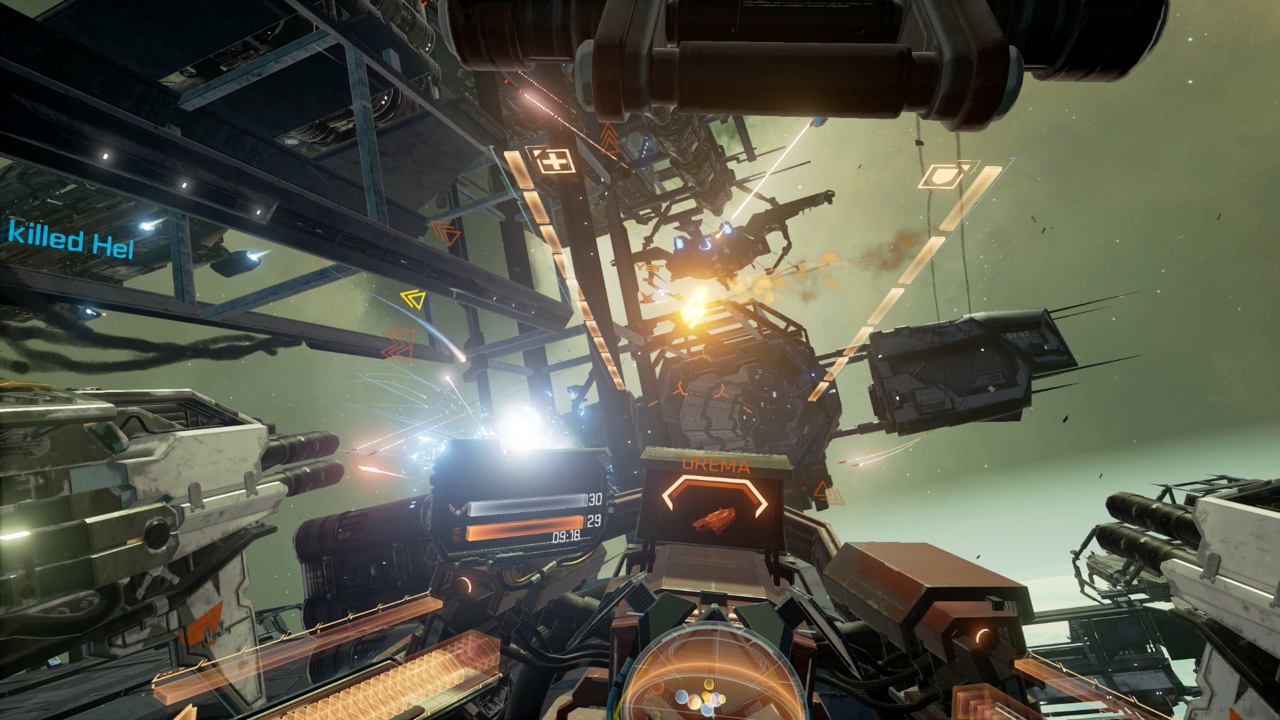 Last time out, we took a look at how best to utilize the heavies on Valkyrie’s maps. This time it’s the turn of the fighters and for this one, we sought the sage advice of our old friend General Stargazer. It’s a weighty subject, so for this first part we’ll offer up a few tasty tips and tricks for fighters in general, before going into a bit more depth on each map in part two.

Take it away, Mr Stargazer!

Fighters are great fun ships to throw around and fly on most maps, because of their high agility and speed you really get such a great feel for it all.

So, to get started here’s a series of general tips for navigating the map in a fighter:

If you can take the time, brush up on your EVE Online ship knowledge. Beyond memorizing where “Point A/B/C” is on the map, usually there isn’t really any other way to communicate map locations to your allies. Yet you are usually surrounded by EVE Online ships! If you can learn the names of these ships, you can better communicate your position to your allies when requesting assistance. Using visual cues like this can be a great help in working as a team. To find out more about EVE Online, a good place to start is the official website, but there are also many unofficial fansites online like eve.wikia.com where you can find out all about the EVE universe.

Watch Out for Spires!

To this day, antennae and spires are my worst enemy, I swear! When you’re travelling at fairly high velocities and doing rapid turns, it’s very easy not to see these darn things until the last minute. Wherever you can, stay alert to the threat and keep an eye out for them to avoid taking damage. The Shipyard map is particularly hazardous in this respect, as you can see from the main image at the top of this article.

Virtually all the maps have some form of cover now. Previously, Cathedral was a particularly tricky map for fighters because it had lots of open space leaving you extremely vulnerable to attacks from ships like the Ascent and the heavies in general. But with the release of Wormholes, additional wrecks and wreckage has been added to the map to help you get around a little bit easier with cover.

Remember, with most fighters, if you can break that line of site often enough with your target, you can start getting your shields back and pull back from fights where you think you’re not doing so great.

Most maps have asteroids as well… some are even hollow! Be careful entering these. It’s not uncommon to sometimes find the occasional Maelstrom waiting to pick you off when you enter, or even a spread of mines preventing you from entering without taking damage. Traveling through cover is essential as a fighter - as you have the agility to make your way through wreckage, use it, and never make yourself an easy target for your enemy.

Maps like Shipyard and Gateway are fantastic maps for cover. So much so that you can even get away with not having to use your ECM (counter-measures) as there are so many spots that you can dive in and out of to avoid incoming missiles over a medium to long range.

On maps like Crossroads, there are many large structures you can position yourself next to, to block line of sight. Use these as best as you can – pull up next to them and watch your radar or HUD for the right opportunity. If they are all gathered up, don’t waste your time going in - you’ll only get obliterated on your own. Instead, watch the fight, see if anyone veers off and go after them instead.

Thanks General, top stuff! Check back next week for part two and a closer look at each of the individual maps.