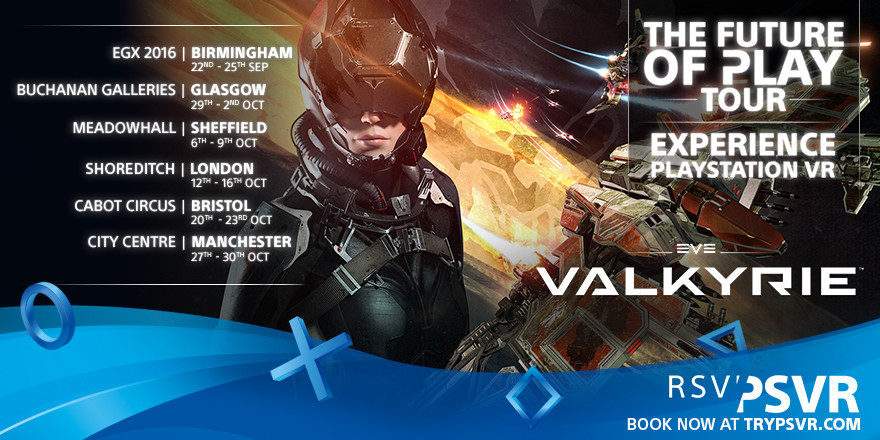 EVE: Valkyrie is featuring in PlayStation’s Future of Play Tour!

Really interested in VR and EVE: Valkyrie but haven’t had a chance to try either out?

If you're based in the UK and want a chance to experience PSVR, and possibly get your hands on a Valkyrie demo head on over to The Future of Play Tour website to book a spot at trypsvr.com. While they can’t guarantee a Valkyrie demo, if you mention Valkyrie on arrival, PlayStation UK will do their best to make sure you get a taste of the action!

Want to know more? Here are the dates and times of the tour:

If you’re planning on heading over, don’t forget to tweet with #PlayStationVR and #EVEValkyrie and let us know how you got on.