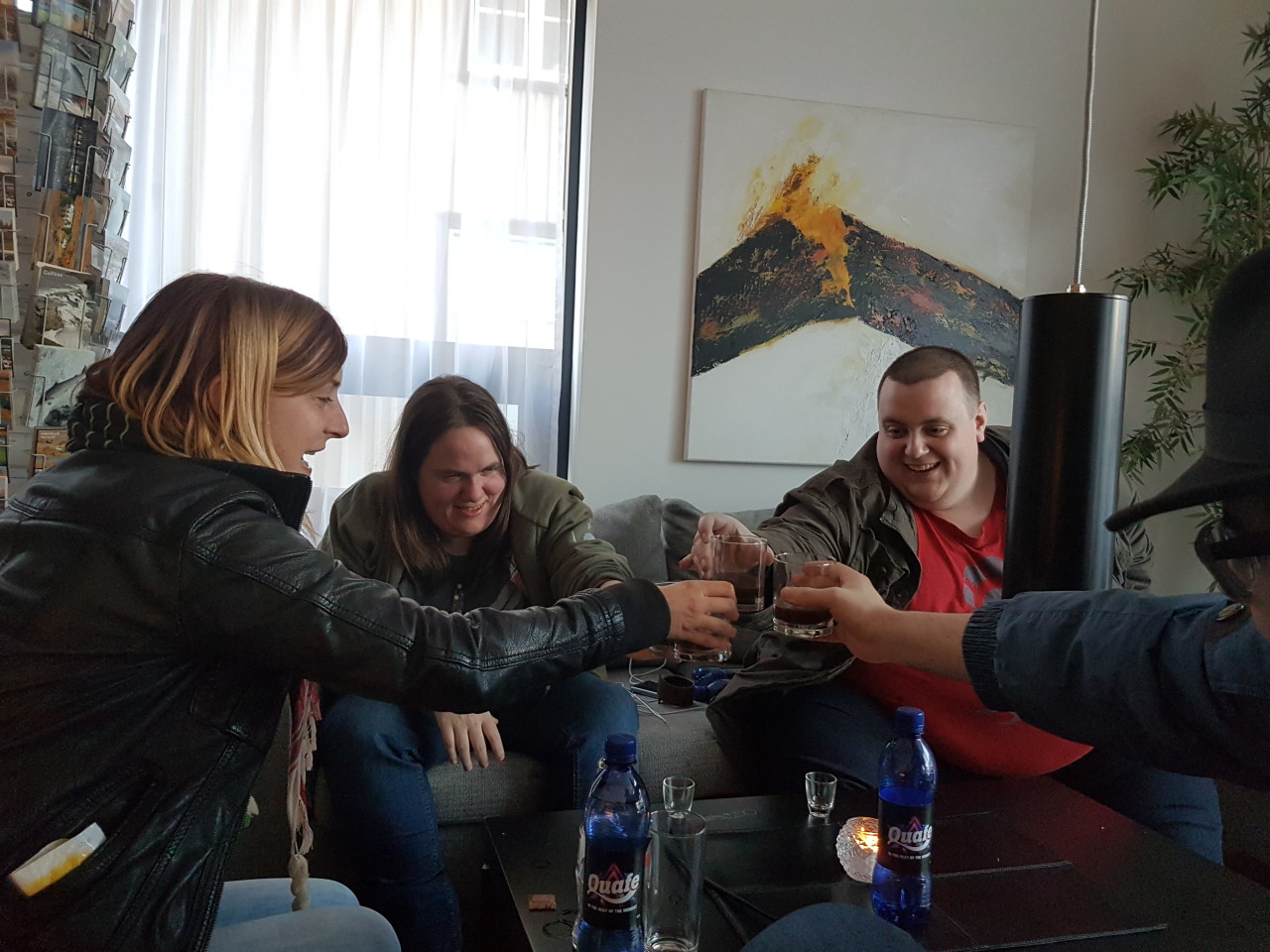 It’s time, once again, to meet one of New Eden’s most familiar faces. On this occasion, it’s ace pilot Anska. She’s an avid flyer, a specialist in support class ships, an active member of the EVE: Valkyrie community and a maker of chocolatey Spider Bot cakes made entirely of confectionary. That is a killer CV right there.

Let’s see what makes her tick.

If you ask some of the community I’m the rank of ‘Postie’ (my ship is even Royal Mail red)! But in truth I think I just hit rank 44.

I am a sculptor but sadly there are not many jobs that come up in my specialized field of sculpture, so I work security. As for what I do when I’m not working or playing a medic in Valkyrie as support, I can be found doodling, making stuff or playing other games with friends while drinking many different kinds of teas. That or just chilling.

I’m also married and live with another member of the Valkyrie community so it’s always fun to decide who gets to play with the headset!

Are you a gamer outside of Valkyrie?

Ha, yes! I think my dad made sure of that as he was always getting the new tech. We live in the countryside so when my siblings or I were not outside playing about, we were always on some sort of game on the console, PC or playing boardgames.

How far back does your gaming career stretch? What’s the first game you ever played?

I remember playing the likes of Dizzy and Trap Door game on Sinclair Spectrum. I also played the DOS game Rogue. When we got our first PC there was often a fight in our house as to who got to play Sim City!

Trap Door! Good call. Time for the tough one. What’s your fave game of all time (excluding Valkyrie)?

Oh my, that really is a hard one! Emm… I have many fave games for many reasons. I have fond memories of the first Populous and played the first Sim City and Dungeon Keeper way too much. I liked Dust 514 and love EVE Online and its lore. I’m also a huge Final Fantasy fan to the point where I have a great King Moogle Mog tattoo. Final Fantasy IX and XIV are my faves. I also admit I am a sucker for point-and-clicks and if Grim Fandango is ever on sale and one of my friends on Steam does not own it they often find a gift coming their way. I also have more copies of Broken Sword on different consoles than I wish to admit. I’m also a huge Halo nerd.

I also was into everything Sonic back in the Mega Drive days and saved up my pennies for the UK Sonic the Comic every time it came out. And of course there’s Dragon Age and Mass Effect... OK, I’ll stop now.

Thank goodness. Any more and we would have run out of space on the internet. A prolific gamer, then. How did you feel when you first launched into the Valkyrie space?

I was a bit lucky. Just like Gigai I got to play it at the Fanfest where it was first shown and talked about. That was a very special Fanfest for me and getting to try Valkyrie as soon as they talked about it was the cherry on the top. The queue was huge but, oh my, was it worth it! It’s just so hard to describe, but once you launch out of the tube the first time you know you will be back. After trying it I think I ran up to tell Tali we are getting that when it comes out. No ifs or buts. Luckily once he launched for the first time he was hooked too.

In one sentence, what would you like to pass on to new pilots?

Getting killed is not the be-all and end-all, so have fun and try not stress out if you get blown up a lot at first. You’ll get there. Also roll, boost, tactically break, never keep your head still, and if you want to win, be a team.

The highlight was just how many friends I made from EVE: Valkyrie and EVE Online and getting to go to Vegas with some of them. As for what lies ahead, Fanfest 2017 is just around the corner so who knows?

Thank you Anska. Your enthusiasm is infectious.

If you enjoyed our profile of Anska you should explore more of our articles. You might want to start with our previous interview with top battler Gigai and work back from there.

See you in the next life, pilots!