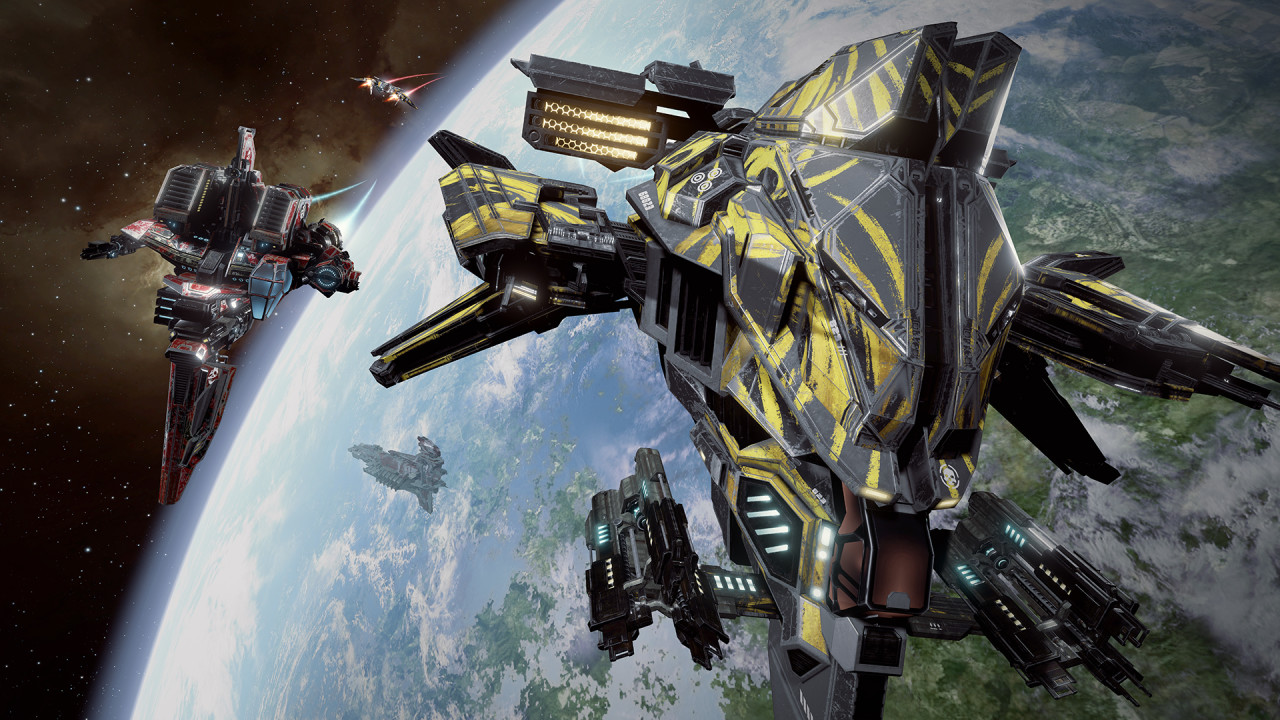 Three words. Team, death and match. The first we like. The second… not so good. And the third is open to interpretation depending on the context.

Put them together, however, and you get Team Deathmatch, which in the case of EVE: Valkyrie amounts to the most immediate, frantic and competitive play mode available.

It’s like that scene in Anchorman when the opposing TV news crews face-off with an assortment of weapons. Things escalate quickly.

In previous articles, we’ve discussed how to handle fighters and support craft in a TDM, but when engaged in a schoolyard scrap, it’s always good to have some muscle on your side. Let’s take a look at the role of the heavies.

Your Weapon of Choice

Choose a ship. Any ship. They’re all good, but if you need to pin us down on it, here are a few favorites. 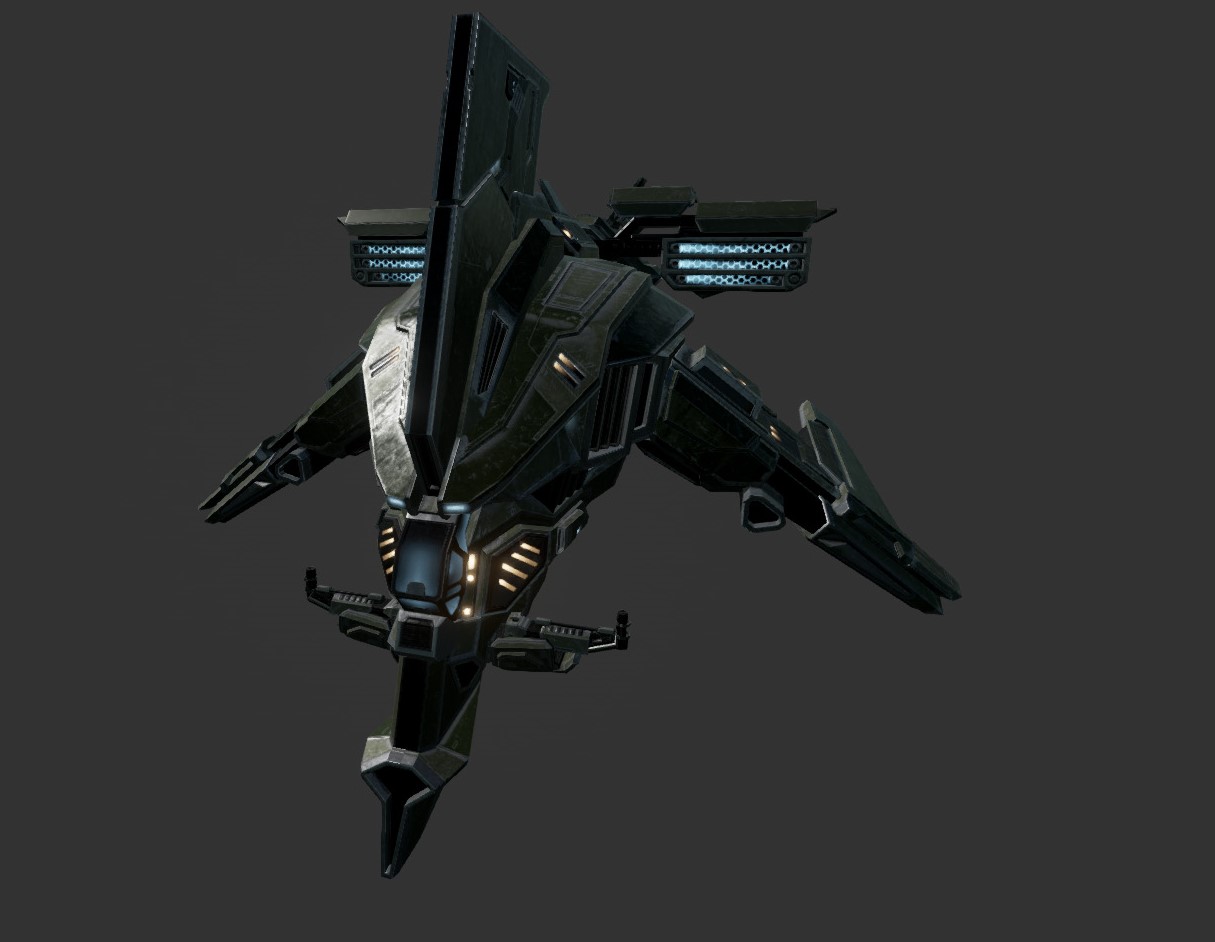 This is the first heavy ship you get to take out for a spin. It’s armed with a flak cannon, a Microwarp drive (MWD) and an electromagnetic shield (EMS).

As you might expect, it’s a well-balanced ship and perfect as an introduction to the heavies’ handling, abilities and weapons.

The thing to remember about the flak cannon is that it’s an area of effect weapon (AoE). This means you don’t need pinpoint accuracy to inflict damage. This gives you an advantage in combat because you don’t have to engage in endless cat and mouse chases. Instead, you can offload in the general direction of your enemy. 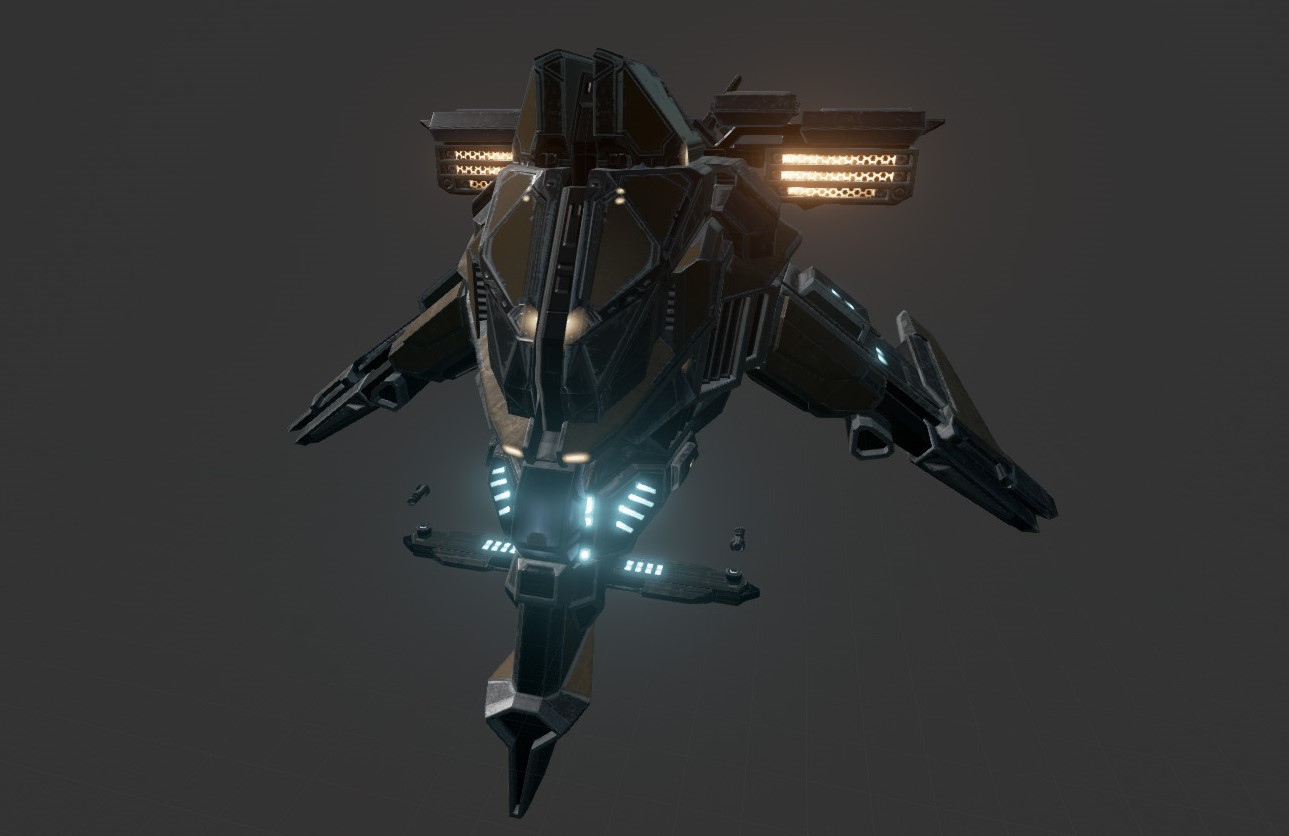 This is a great ship. For many heavy pilots, this is the go-to ship for progressing through the ranks and unlocking the later ships. The Rhino’s primary weapon (flak cannon) has a high fire rate. It also has countermeasures to deal with missiles. When piloting the Rhino, use the MWD to get into the thick of a battle, let fly with the flak, then MWD back out again. Sublime. 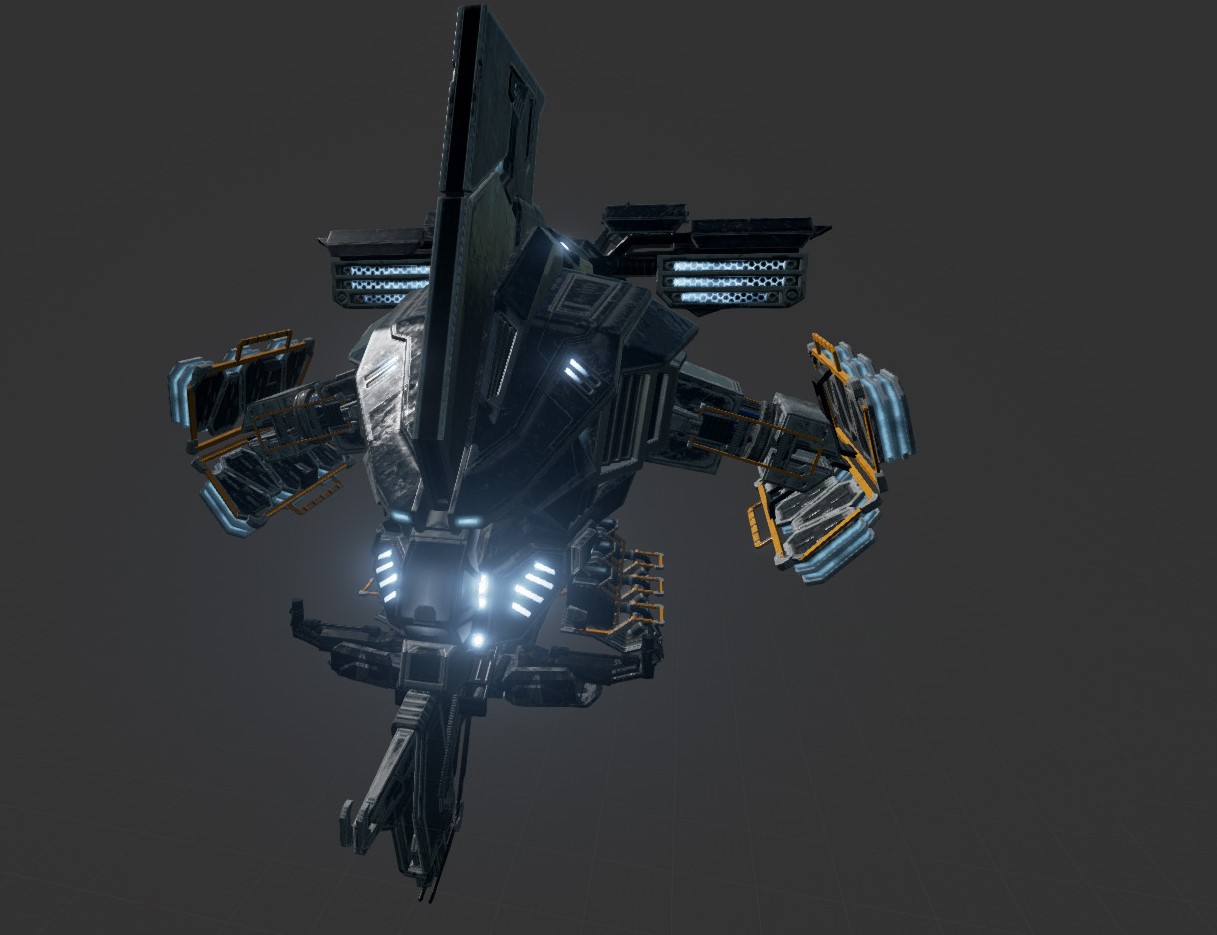 OK, so this fella is the last unlockable ship but, boy, it’s a good one. It’s not easy to master, but the payoff for piloting it well is enormous.

What's the big payoff? It’s equipped with the Mortar.

If you aim your shot right, the Mortar can take down most ships with a single shot. The rate of fire is slow, however, and there is little AoE. This means if you hit your target, brilliant. If you miss… not so good.

In general, you should use your MWD to warp into a battle, trigger the EMS and let fly with the Mortar. One word of warning though: remember, when you are using the EMS offensively, you will be vulnerable to missile attacks and auto-aiming weapons during the recharge time. So be aware of your surroundings before you use it.

We’ve said it before and we’ll say it again, after launching hang back. In TDM, you don’t need to head for a carrier or a particular control point, so just let the fight come to you and use that time to identify your targets.

Support ships are crucial to a team’s success, so it’s wise to take out the enemy’s healers. If you’re relatively new and haven’t unlocked many heavies, a good bet is the Rhino, as it’s very effective against the support ships’ shields. One word of warning though, if you’re up against a Revenant, you might want to steer clear or seek assistance instead of taking it on one-to-one. Its combination of Gatling guns, buff beam and mines makes it a formidable foe.

It’s crucial that you use the environment to your advantage. Take the time to familiarize yourself with all the maps in Scout Mode, making sure you know where all the best structures and enclosed areas are situated. Your opponents will probably have done the same, but knowledge is power and if you can position yourself in a cave, hangar or confined space, you can dish out more damage when someone crosses your path. Also, when pursued by a support with beams and phasers, you will need to use structures to break their lock-on.

When it comes to a TDM, you have to make choices. How are you going to spread out your team? If there is an enemy pilot who is clearly very skilled and is laying waste to your team, target him or her. Take them out of the equation. More often, though, teams will be equally matched. In this case, you need to swarm the enemy with the fighters circling the battle, the heavies acting as a mainstay and the supports staying as close as possible to the heavies. If you’re playing with friends, it’s a good idea to discuss your tactical approach even before you put on your HMD.

In closing, we’ve mentioned this sneaky heavy tactic before, but it merits retelling. It’s always easier to take out an enemy if it’s close up. With this in mind, use the MWD to lure hostiles in close. The MWD takes a few seconds to spool up. Start spooling. Your enemies will think you are trying to make your escape. Then, when they approach, stop spooling and take them out. It’s the ultimate sucker punch.

Join us later in the week for tips on Carrier Assault mode.

In the meantime, checkout our previous Team Deathmatch guides for fighters and supports.