How to Build Your Reputation in EVE: Valkyrie 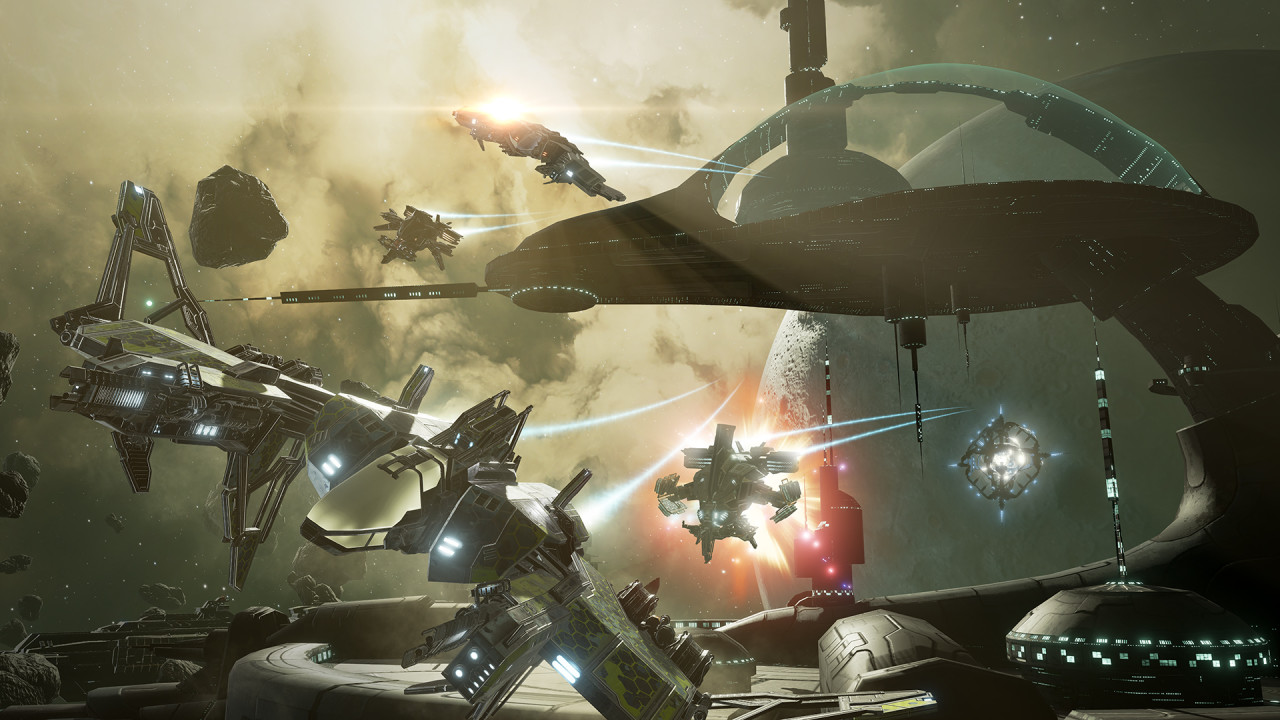 Look up into a dark night sky and moment by moment you will see countless stars throwing their shimmering light across our galaxy and through the color of their photonic outpourings we get a sense of their nature and the very stuff from which they are made. True story.

However, some stars shine brighter and more vibrantly than others, so this might be the perfect time to hand over to ace pilot and active Valkyrie community member Rot to tell us how we, as individual stars in the Valkyrie galaxy, can stand out from the crowd.

Over to you Rot…

Alright rookies, listen up. By now, you’ve got a few matches under your belt and you’re starting to get an idea of how things work around here. Now that you’ve got your wings and you have a taste of what it means to be a Valkyrie, it’s time to start making a name for yourself. In this life, reputation is everything… Rán likes to say that a lot. It’s cheesy, I know, but try not to snicker when she says it or she will have you pulling corpses out of engines for a week. The fact is you could be a great pilot but it won’t mean much unless people know about it.

Style is of primary importance. While you’re out there, try to build your own combat style that sets you apart from the other pilots. Whether that’s using a certain paintjob, adopting a certain ship, or building a signature combat maneuver, the battlefield offers myriad ways to distinguish yourself from your peers. Now don’t get me wrong, you need to have substance to back up that flair but that will come with time. To build your reputation, however, you need to be aware of what makes you unique. Nydwen has his Maelstrom. Vega has the Spur. What will be your ship of choice, and how can you best exploit its strengths and eccentricities? While you’re doing a bit of soul searching to find the answer, I’d recommend you do a bit of perusing at the Quartermaster’s emporium of delights to see if anything catches your eye.

I’d also recommend flipping through the catalog of ships so you don’t end up wasting your hard-earned Silver on something that doesn’t fit your playstyle.

I’m going to go out on a limb and assume you already know the basics of combat. As you become more familiar with the nuances of dogfighting, you’re going to get better and better and gradually meet more and more challenging rivals. Their skill level and how you react to their actions will push you to become better and further refine your flying style.

There’s a difference, however, between having a rival and having a nemesis. A nemesis rarely fights fair and never provides a positive environment where you can continue to grow and eventually succeed. Thankfully, there are ways to identify them before they can start to really hurt you. If you’re getting dunked on a little too often by an enemy pilot, they will be marked by a skull next to their name on your tactical overlay. When this happens, you have two choices: swallow your pride and avoid them as often as possible or – my personal favorite – hunt them down and bring a little bit of pain yourself. Shutting down your nemesis is a great way to keep a great reputation when you enter a lobby, and dissuades them from doing the same in the future. Just remember, sometimes when you go on a journey for revenge you better dig two graves.

Likewise, stopping yourself just short of acting unfairly to another pilot is a great way to build relationships between players. After all, the life of a Valkyrie is fickle. The people you fight today may be your wingmen the next, so it’s best to keep a good reputation for being fair among other pilots. If you see a star and a wreath next to an enemy player’s name, that means that you might be laying in on them a little too heavily. Redistribute some of that hurt to the rest of the team so they have a chance to find their feet.

Also important is that you don’t assume you can go about this all on your own. Your wingmen are the greatest asset you have in this life, so always treat them with the same courtesy and respect you would expect to be given yourself. The people you show a bit of kindness to today might be part of your top-scoring squad in the future.

Being the strong silent type is highly overrated. If you want to make a name for yourself, the best way to do so is to get your name out there! The Valkyrie forums are a great place to meet new players, share your opinions and experiences, and to continue to build your reputation across the community. Using the forums is also a surefire way to discover more websites and chat groups where you can post content, organize squads, and get immediate support and feedback from the Valkyrie community!

Step 4: Looking for a Side Hustle?

What if I told you that some weirdos out there actually love watching combat footage? Crazy, I know.

Here in the Valkyries, more than a few of us have taken to streaming our battles online. It’s a great way to draw attention to you and the game, and it’s a lot of fun too. Some of us do it solo, some of us stream for a team or site, but we’re overall a close-knit community that loves it when a new streamer breaks into the scene. There’s plenty of threads on the forums dedicated to kicking off your streaming career, with plenty of players that’d love to help you get started!

You’ve got a long way to go, but follow my advice and you’ll be a star in no time. For now though, I’ll leave you with this quote from a very wise man!

“The man who enters combat encased in solid armor plate, but lacking the essential of self-confidence, is far more exposed and naked to death than the individual who subjects himself to battle shorn of any protection but his own skill, his own belief in himself and in his wingman. Righteousness is necessary for one's peace of mind, perhaps, but it is a poor substitute for agility … and a resolution to meet the enemy under any conditions and against any odds.” Major Robert S. Johnson, USAAF

Thanks Rot. And thanks also to Major Johnson, although to be fair, we would prefer to have a truckload of self-belief AND a stack of armor to go with it.