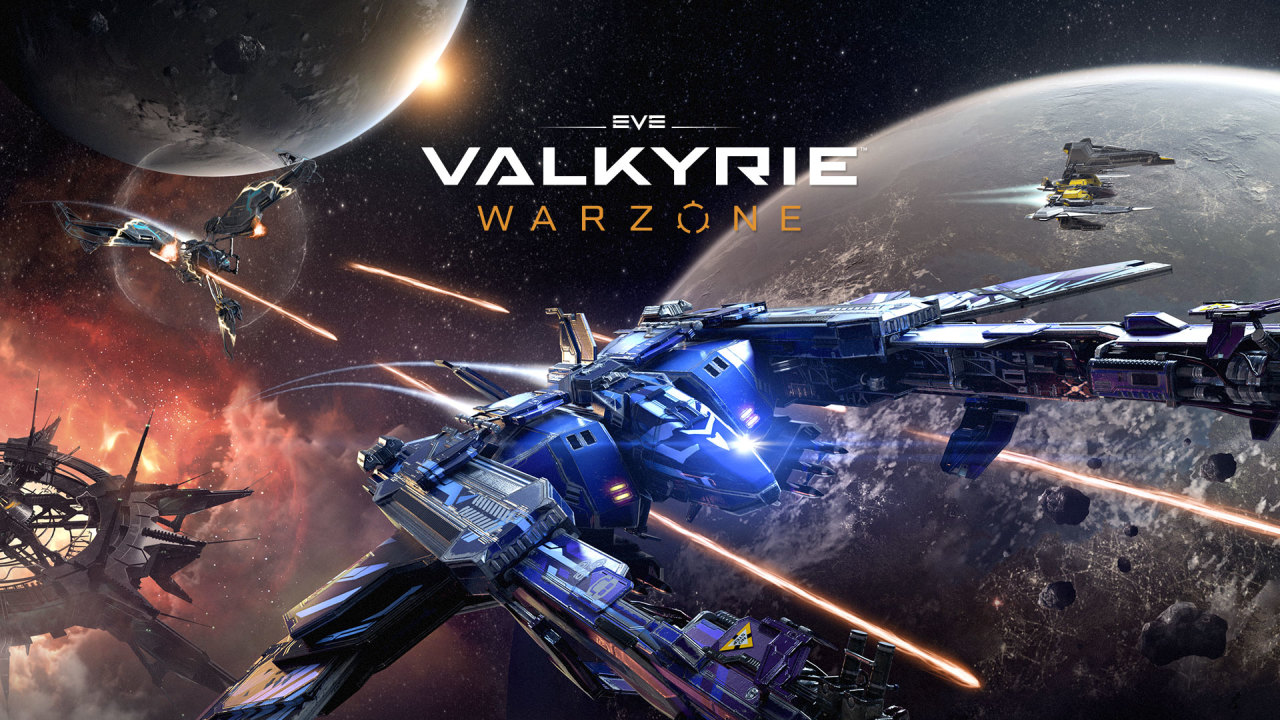 Attention pilots! Change is coming to EVE: Valkyrie and it's time to bring you up to speed on some major developments touching down soon. So buckle up and get ready.

On 26 September, EVE: Valkyrie is expanding to become EVE: Valkyrie – Warzone. We've been working hard over the past year to radically improve the game you all love, and the result is this major expansion.

The big news is that once Warzone hits, you won't need to have a VR headset to play EVE: Valkyrie. We all know just how immersive virtual reality is, but because not everyone has a headset, so many potential friends and foes are missing out on all the frantic space dogfighting fun. We've designed EVE: Valkyrie - Warzone to be perfectly playable on a TV or monitor as well as in VR on both PC and PS4, so pilots will be able to fly, fight and die together both in and out of virtual reality.

Better still, everything in the Warzone expansion will be a free download for existing pilots. Plus, to make Warzone even more appealing to rookie pilots, it's also getting a significant price drop. It'll launch at just $29.99 (SRP) - that's definitely something you'll want to tell your non-VR friends about.

So, beyond cross-reality play and the reduced price, what else is new? The answer is: a whole lot. Let's start with the enhanced next-generation fleet. Everyone has their preferred combat role in Valkyrie – not to mention their favorite ship – so we’ve evolved the fleet to reflect this, as well as to make it easier for new pilots to get to grips with the game.

We've given each ship within a class a more distinctive role to play in battle, which you can see most clearly in the Fighter class, which has now been renamed the Assault class. Each ship now has more prominent weapon characteristics to match different play styles, and so the new Wraith MK6 is like fighting with an assault rifle; the Jackal is more like an in-your-face shotgun; the Strix is equivalent to a long-range sniper; and the Yurei is your heavy-hitting SMG.

We’ve also revamped the Heavy and Support classes, and we're excited to announce a brand-new class of ship for EVE: Valkyrie – Warzone: the Covert. We're focusing on a single ship in the Covert class at launch: the mysterious Shadow. We'll tell you more about it over the next few weeks, so stay tuned. 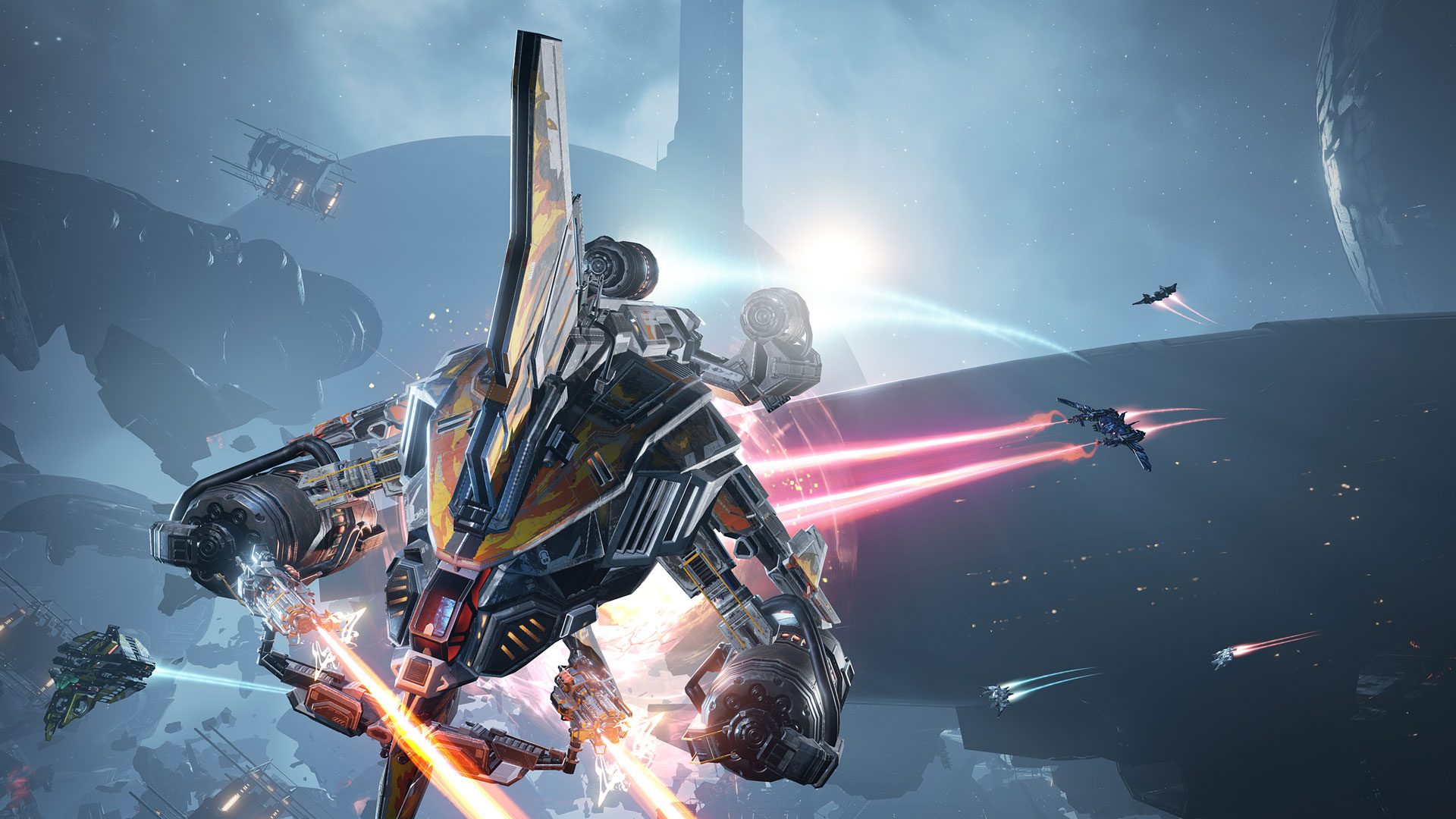 Bring out the Ultras

Each ship now comes kitted out with a unique Ultra ability that - when timed correctly - can turn the course of a battle, giving you increased tactical choice when selecting a ship. An Ultra might be an area-of-effect weapon, greater damage and healing, increased mobility, more tactical information… or something else entirely. You can increase Ultra availability by collecting Salvage, and each Ultra comes complete with spectacular visual and audio FX when you unleash it.

We've also revised the cockpits and HUDs across all ships, so not only will the interiors of every ship look different, you'll also see unique reticules per weapon and ability, with improved feedback so you can see when you're hitting a target, maintaining a lock, or overheating your weapon. There's also improved ability feedback with clearer iconography so you're never unsure about what abilities are good to go, and we’ve tidied up the cockpit view, removing non-essential assets that might restrict your field of view.

To help new pilots find ships that match their play style, we're making all ships available from the start. And we’ve introduced a new, open hangar where players can quickly choose and experiment with ships to find the ones that are the best fit. Ships are sorted by class with difficulty ratings and recommended selections that are the easiest to pick up and play, as well as indications of which modifications are active per ship. Best of all there's a dynamic rundown on which ships are currently active in the battle, so if your team's lacking a particular class you can fill the gap and even up the score.

Once you've found your favorite ship, you'll want to upgrade it. We’ve made this much easier with a new modular progression system that introduces multiple new modifications and unique abilities for every ship, with meaningful upgrade paths that give you even more control over how you trick out your fleet. There are flat upgrades that give you a stat boost with no negative consequences, as well as trade-off upgrades that will increase one stat but reduce another by way of balance. XP is now earned per ship (although once you've maxed a ship you can transfer XP earned to others in your fleet) and ship stats now have clear and consistent categorization: Attack, Defense, Tech and Mobility.

With all these new ship options, you're bound to want new things to do with them, so we're introducing an exciting new game mode: Extraction. It's a variation on capture-the-flag that focuses on teamplay, mixes up combat and navigational challenge, and forces pilots to use the environment to their advantage. We can't wait to let you loose on it. 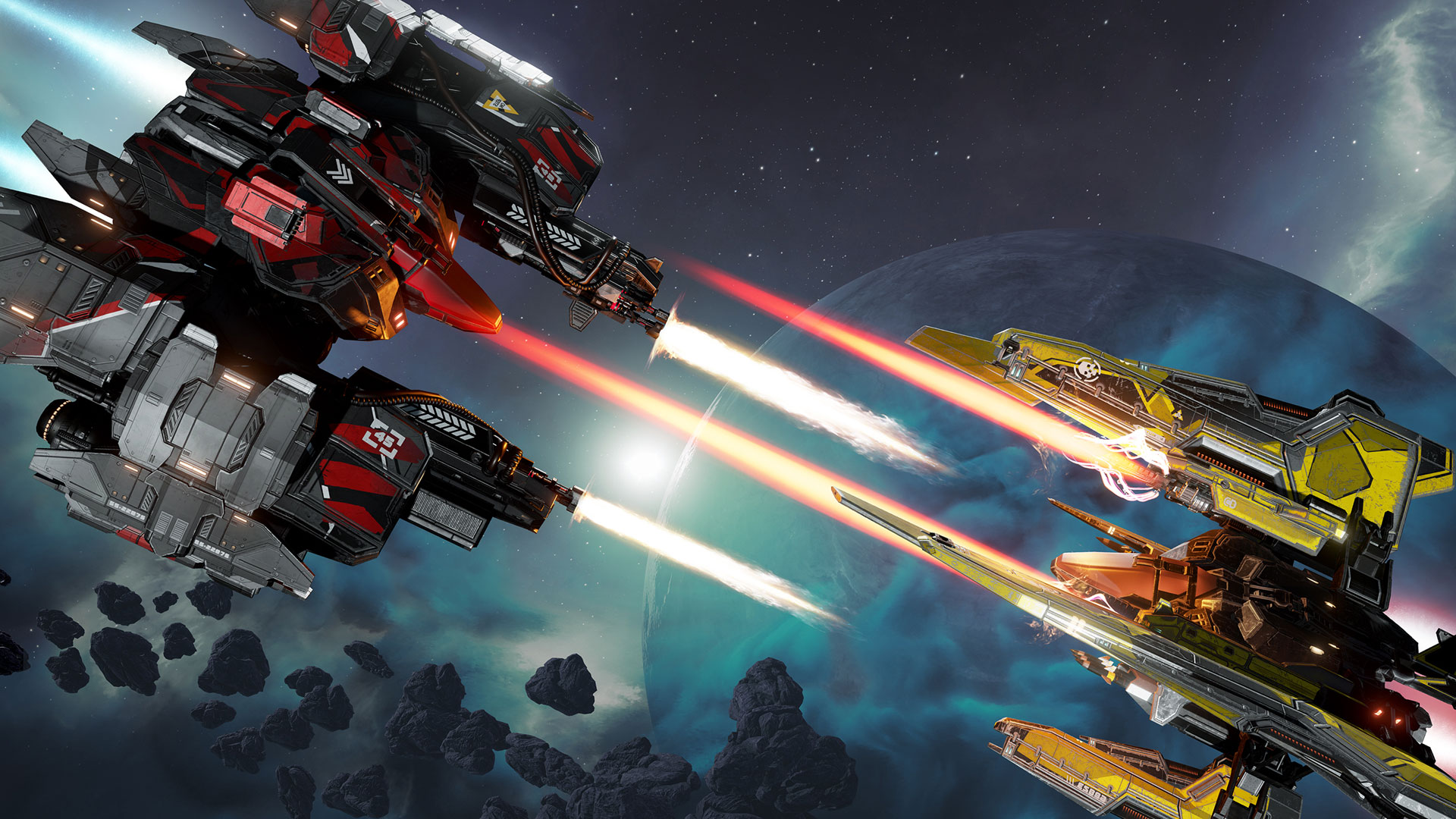 We also have two amazing new maps for you explore, that bring even more of the EVE Online universe to Valkyrie. 'Fleet' is a vast Sisters of EVE space station, while 'Outpost' is a mysterious, fog-shrouded Drifter base, occasionally lit up by flashes of lightning. You're going to have a lot of fun getting to know them and uncovering their secrets. And yes, there'll still be weekly Wormhole events where you can dive into strange and twisted versions of familiar maps for thrilling new challenges.

As if all this wasn't enough, we're introducing a new rewards system in which you can fight over Spoils of War to earn Reward Capsules containing cool items – cosmetics, currency and implants – to enhance your EVE: Valkyrie – Warzone experience. Every battle counts towards unlocking your next capsule, and each one contains a random selection of between two and four Common, Rare or Epic rewards.

What else? There's an improved new player experience, again aimed at making EVE: Valkyrie easier to pick up and play for rookies, improved menus and UI, and support for mouse and keyboard. We're also simplifying the in-game economy: Gold is being removed entirely, Silver – no longer a guaranteed battle reward – is becoming more valuable, which means you'll see fewer shop prices with long strings of 0000s on them, Salvage is now an instant battle benefit that charges your Ultra rather than a bankable currency, and XP is how you'll craft mods for each ship.

We've got your six

So how does all this affect you? Don't worry; we have a plan for rewarding and recognizing our current pilots. All your Gold will be converted into Gold Reward Capsules, and your old stockpiles of Silver will be converted to Silver at the new rate. Any remaining time on implants will be converted to Silver, as will the total value of cosmetic ship items, while all your cosmetic pilot items will remain available to you. Your player rank will remain unchanged, and you'll be compensated with reward capsules depending on your rank when you upgrade to the Warzone expansion. You can get the full details of how Warzone will affect you here.

Because we want to level the field for the influx of new pilots, all the leaderboards will be reset when Warzone launches, and the current Valkyrie League will end at launch to mark the end of Beta, with the first proper season starting soon after.

There's a lot more to reveal before 26 September; stay tuned for more details! And in the meantime, fly safe.