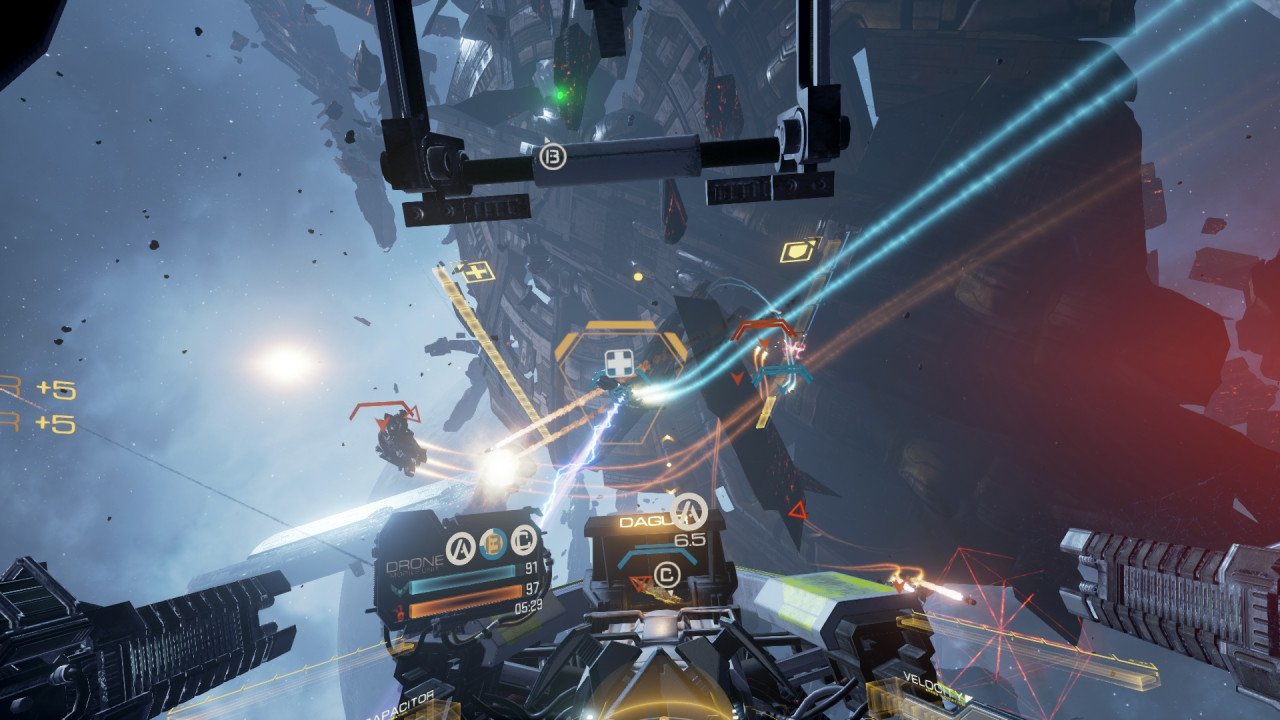 This week as part of our game takeover for PlayStation, the EVE: Valkyrie development team have been guest writing some awesome articles for PlayStation blog.

You can check these out here:

Everything you need to know about EVE: Valkyrie on PlayStation VR

This blog by CCP Roo is a cool introduction for new Pilots, detailing what they expect from EVE: Valkyrie come October 13.

This blog has a ton of cool facts about Valkyrie. Did you know that the first ship in the game, the Wraith, is capable of flying at supersonic speeds of up to 1,342 mph? For more cool facts about the lore and world of Valkyrie, check out the blog.

They also released some cool new footage of Katee Sackhoff recording voiceover for Rán Kavik, leader of the Valkyrie pilots. Here's a quick look at how she took on the role in EVE: Valkyrie, which comes to PlayStation VR on 13th October:

PlayStation blog have also done this awesome storify style write up of the weeks events.