All About EVE – A Brief History of the EVE Universe 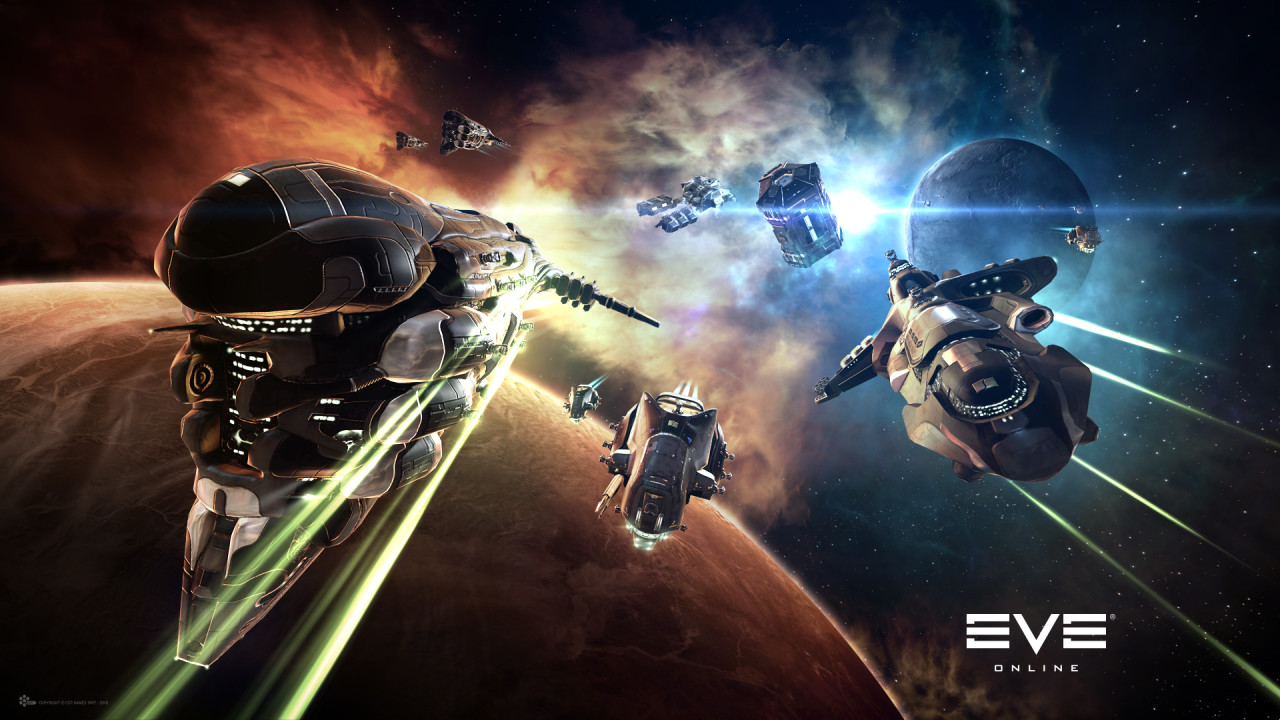 The EVE universe is vast… and by vast we mean properly mahoosive. Also, just like our own universe, EVE is constantly expanding. This is due to the very nature of the beast. EVE Online is a player-driven massively multi-player online RPG in which thousands of players take part simultaneously to establish their own place in the universe – and there are many ways of doing so. Harvesting, mining, manufacture and trading are all legitimate paths to fame and fortune, but players can also team up with thousands of others to create their own empires with ambitions to rule the roost crushing all before them. The choices of how to pursue your ambitions are limitless.

Clearly, given the game first appeared in 2003, a lot of empires have risen and fallen, a lot of stories have been told and there have been as many words published on the subject as there are stars in the known galaxy.

Newcomers to the EVE universe, particularly those who are joining us via EVE: Valkyrie on PlayStation VR, won’t necessarily be familiar with the franchise’s backstory so we thought it might be helpful to provide you with a quick guide to what EVE is, and where Valkyrie sits within it.

A long time in the future, in a galaxy far, far away…

Somewhere in the Earth’s distant future, our small globe has been ravaged by the destruction of its natural resources and mankind has been forced to colonize other planets in the Milky Way.

However, the discovery of a wormhole leading to an entirely different galaxy (to be named New Eden) saw the various remnants of humanity working together to stabilize the intergalactic bridge and spread out even further into the universe.

Suddenly and unexpectedly, the EVE gateway collapsed catastrophically, trapping the colonies of New Eden and cutting them off from Earth entirely. Many of the colonies did not survive the disaster, but others, over the course of millennia, regrouped, strengthened and developed into whole new civilizations.

A Galactic Game of Thrones

21,000 years from now, four factions have emerged from a cataclysmic event that almost wiped out humanity in 8061AD. It is these groups that vie with one another for survival in New Eden, a star cluster far from earth that was colonized before the disaster. While the citizens of these four interstellar factions are all descended from humans in our own galaxy, the intervening millennia have sent them in distinctly different directions.

A ritualistic, highly religious and authoritarian imperial state, the Amarr Empire’s leadership is comprised of six royal families, who between them rule over the entire empire. Above all of them, however, sits the Amarr Empress who rules over her domain with absolute authority. The Empress and the heads of the royal families can live for centuries due to the long-established use of cyber-implants. After EVE collapsed they wasted no time in expanding their state, enslaving other nations in the process, to the point where they are now the largest faction in the cluster.

A militaristic, hyper-capitalist state run by a group of 8 colossal mega-corporations, the Caldari State is a center for commerce and technological advancement in New Eden. Every aspect of society is run by various corporations who sell their services to citizens of the state. The vast majority of these citizens are born, or even cloned, into families that are employed by these corporations. It’s a system that has served the Caldari state well and while not the largest faction in New Eden, the state’s strong economy and military muscle make it a force to be reckoned with.

These liberal people believe strongly in the ideals of freedom and the upholding of universal human rights. The federation is built on the provision of services and entertainment – in fact the Gallente Federation is something of a playground to the rich and famous. It is also home to many of the other races of New Eden who have left their own faction in the hope of finding a better life within federal borders. Both lauded and despised across New Eden for their decadence, foolhardy nature and often meddling ways, the Federation is one of the largest and most advanced superpowers in New Eden.

The Matari people were originally ruled over by the Amarr Empire, but soon rebelled against their overlords and, with the support of the Gallente Federation, they threw off the yoke of oppression and formed the Minmatar Republic. The republic’s citizens are a tribal people, fiercely independent and possessing an iron-like will. Despite the young age of the Republic as an institution, it grows stronger and stronger as the years pass, with its citizens some of the most intelligent and skilled engineers, artists and scientists in the cluster.

Is this sounding familiar? 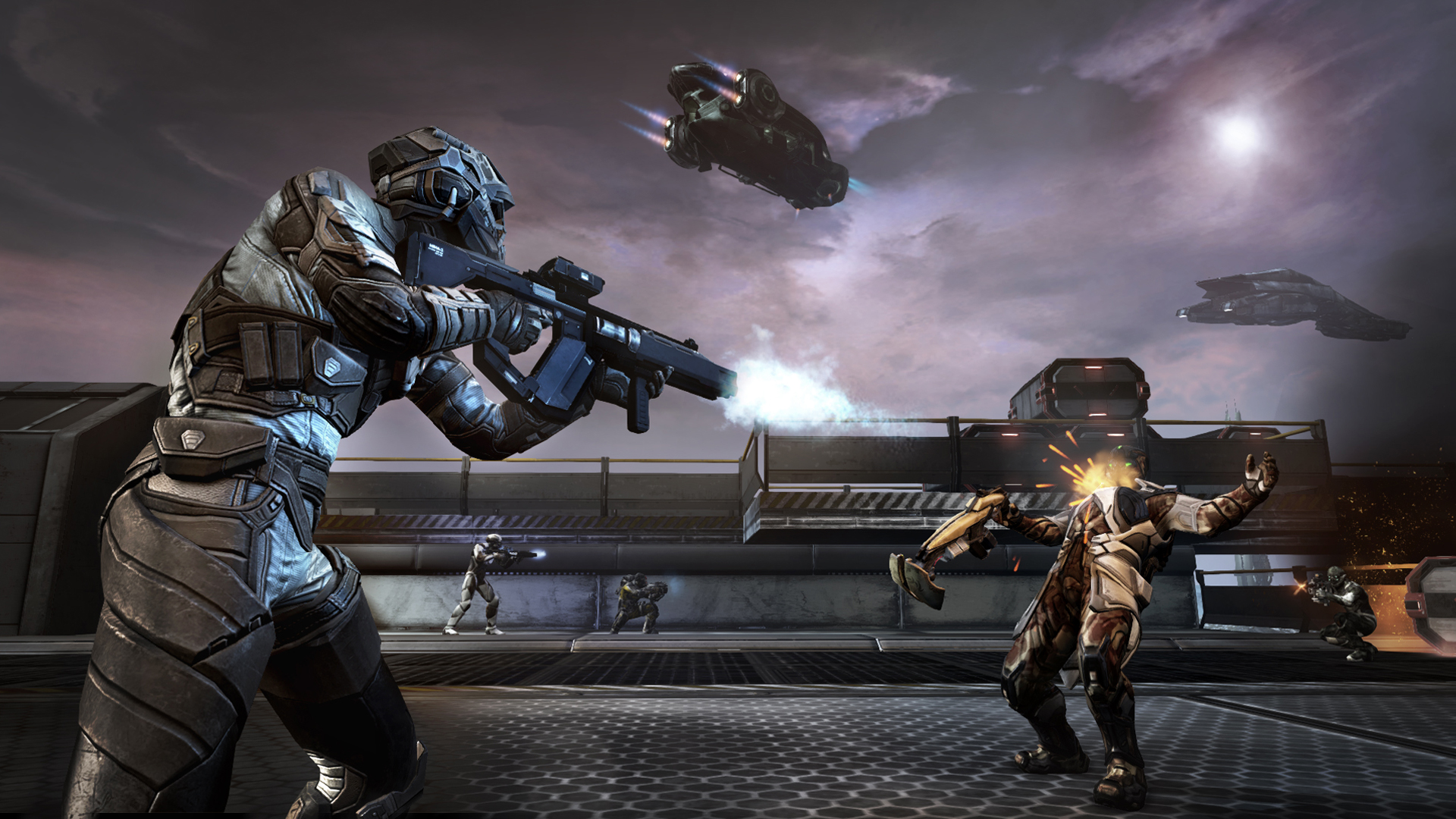 We can almost see the dawning realization on the faces of a few PSVR gamers out there. You see, running between 2013 and 2016, the EVE universe also included a PlayStation 3 online first-person shooter called DUST 514. It featured forces of immortal clones: ground-based troops (as opposed to the clone pilots featured in the other games) who would fight the various factions’ battles over a number of familiar planets in the EVE universe. It was unique in that it was tied directly to EVE Online, running on the same servers in real-time, so that DUST players could call in EVE Online players to execute aerial bombardments in the heat of battle.

And where does EVE: Valkyrie come in? 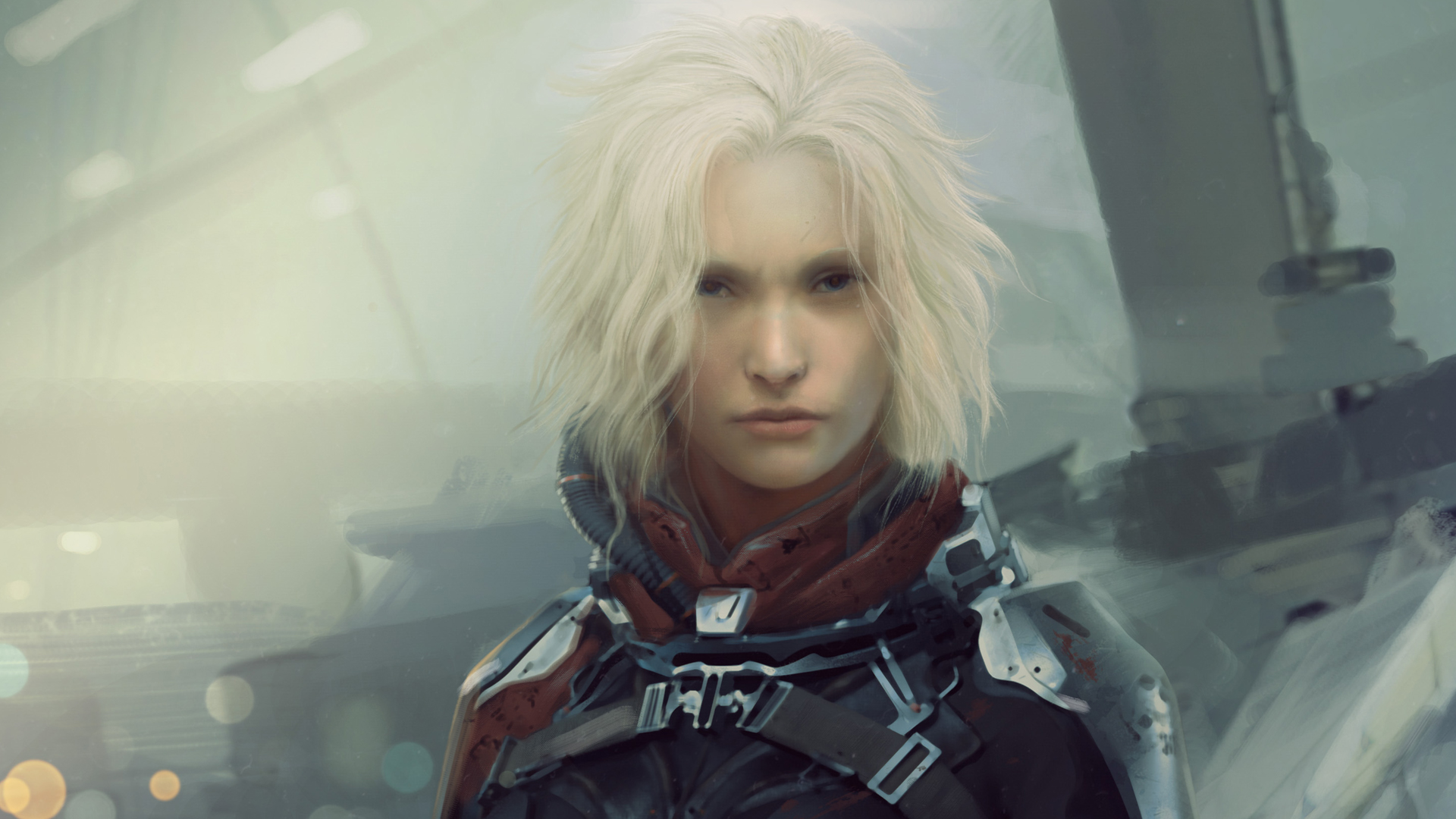 We’re glad you asked. Remember the Caldari State we were talking about a little earlier? Well, two of their most promising naval captains, Jirai Laitanen and Korako Koskami, deserted their posts and formed their own faction of pirates known as the Guristas who proceeded to go on a spree of ship raiding, theft and sabotage much to the disgruntlement of the Caldari State. Their ideology? They didn’t have one. It pretty much came down to greed.

Why are we telling you this? It’s because Jirai Laitanen adopted the nickname Fatal when he deserted the navy.

Yes, the same Fatal who appears as the main antagonist in EVE; Valkyrie. The Valkyrie story begins quite some time before you will get to fly on your first sortie. Their leader, Rán, was raised in the liberal atmosphere of the Gallante Federation and while she was once a carefree child, a family misfortune led her to realize she could rely on no-one but herself. As a determined young woman she became a pilot in the Federation Navy. The rapid, upward trajectory of her career eventually brought her into contact with Fatal who rebirths Rán into a new, improved clone body and persuades her to join his military forces.

But on discovering Fatal’s true intentions and his betrayal of her trust, she strikes out alone, taking command of her own fleet of Valkyrie fighters, determined to be the author of her own destiny and ultimately, to seek revenge on Fatal.

And that, my dear rookie pilots, is where you come in. It’s time for you to write yourself into the ongoing EVE saga and who knows? Perhaps you will one day be spoken of with the same reverence or fear as Rán and Fatal.

To find out more about EVE Online take a look at the official webite.